Man Arrested in Drive-By Shooting at ‘Duck Dynasty’ Star’s Home; Family: ‘We Have Been Resting on Psalm 91’ 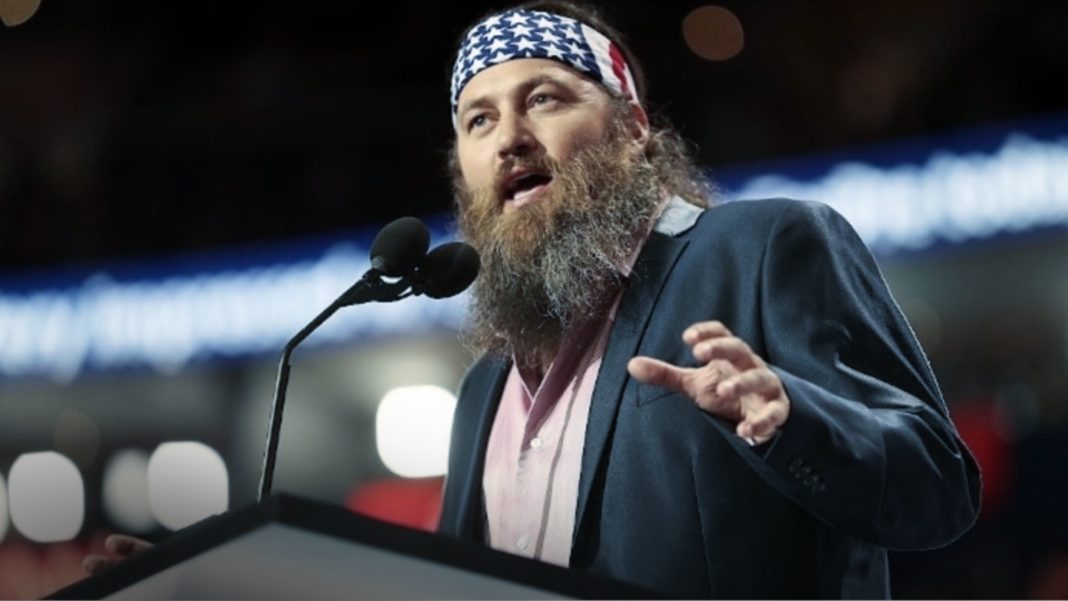 Police in Monroe, Louisiana, have arrested a man after he allegedly drove by the “Duck Dynasty” family estate and began shooting.

The 38-year-old man, Daniel King, Jr., has been charged with one count of aggravated assault by drive-by shooting and one count of criminal neglect of family. He has been booked and his bond is set at $150,000, according to USA Today.

One of the shots into the property, which is owned by Willie Robertson, went through a bedroom window in the home where his son John Luke Robertson and his wife, Mary Kate McEachern, live with their infant. No one in the family was injured.

“We were pretty shook up,” Willie Robertson told the newspaper. “It looks like they were just spraying bullets across my property.”

He believes between eight and 10 shots were fired.

Willie Robertson said several members of his family, including daughter Sadie Robertson, known for her appearance on ABC’s “Dancing with the Stars,” have been staying at his and his wife Korie’s home during the coronavirus pandemic.

The family was inside at the time of the shooting. “But everybody had been out about five minutes before,” Willie Robertson noted.

Sadie Robertson took to Instagram over the weekend to confirm the shooting her her 3.7 million followers.

“Just wanted to say we are all okay,” wrote the 22-year-old TV star. “It shook us all up of course, but we are just so thankful everyone in our family is okay. Especially after one of the bullets flew through the window of my brother’s home.”

She went on to write she and her family have been “resting on Psalm 91,” which reads, in part:

Those who live in the shelter of the Most High
will find rest in the shadow of the Almighty.
This I declare about the Lord:
He alone is my refuge, my place of safety;
he is my God, and I trust him.
For he will rescue you from every trap
and protect you from deadly disease.
He will cover you with his feathers.
He will shelter you with his wings.
His faithful promises are your armor and protection.

“Thank you for your prayers,” Sadie Robertson concluded.