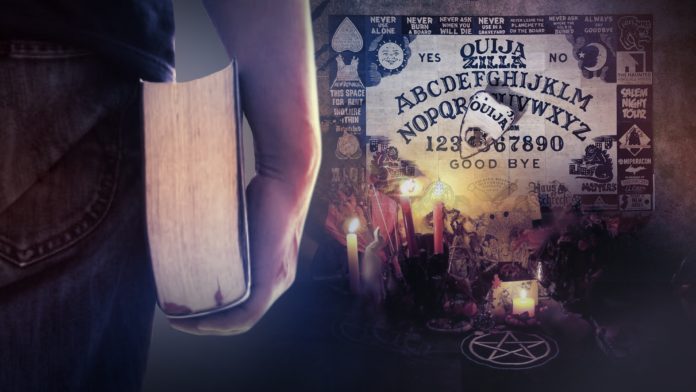 What is happening to the world around us?  Someone’s poured gasoline on the very dry tinder of the human heart and our world is on fire.  Evil is good—good is evil, and Satan is alive and well on planet earth.  In the 21st century, we find ourselves dropped in the middle of a spiritual battlefield where military lines are drawn and the invisible war is upon us.  From Judge Kavanaugh to President Trump to a coup in the U.S. House of Representatives, the world as we know it has exploded.

The Rise of Monstrous Evil

If ever there was any doubt about this, Halloween 2019 brought a ton of proof in the form of a Ouija board weighing in at a monstrous 9,000 pounds.  It is heavier than an elephant, longer than a brontosaurus, and larger than five full-size semi-trucks.  Nicknamed “Ouijazilla,” it comes complete with a 400-pound planchet (a pointer) and sits on a huge greenspace just outside Salem, Massachusetts—headquarters of the Satanic Temple and scene of the infamous Salem Witchcraft Trials.

The brains behind this actual door to hell is a tattoo artist by the name of Rick “Ormortis” Schreck, vice president of the Talking Board Historical Society—an organization dedicated to contacting spirits from the other side.  Schreck aimed for the Ripley’s Believe It Or Not world record for giant Ouija Boards, and walked away with the prize.  It’s hard to conceive of so much visible evil in one place, and yet there it is—in our faces—the largest tool of the occult on planet earth.

This is much more than a publicity stunt, though.  It is a concerted effort to promote the evil that God has condemned.  “There shall not be found among you anyone who…practices divination or tells fortunes or interprets omens, or a sorcerer or a charmer or a medium or a necromancer or one who inquires of the dead, for whoever does these things is an abomination to the Lord” (Deuteronomy 18:10-12).   As Christians, we see the enemy ramping up his strategy and breaking free of restraint, and this means there are victories to be won.  We are fighters, and it’s time to check the armor and scope the battlefield.

Satan knows his time is short

As if this were not enough, once again witches gathered from around the world at one minute to midnight on October 25, to curse President Trump.  According to Michael M. Hughes, a witch promoting this spell, they will continue to curse Trump “at midnighton every waning crescent moon until he is removed from office.”  In case you may think this is only about attacking Donald Trump—think again:  This curse is also aimed at you and everyone you hold dear.  It is specifically “crafted to bind Trump and all who aid or abet him.”

The pack of occult wolves behind this bizarre attack is known as the #MagicResistance—an alliance of 13,000+ witches worldwide, doing their level best to destroy the President and his supporters.  They try to frame this curse as not really being a curse—just a “binding spell” not meant to cause harm.  But a simple review of spell details reveals that the tarot card called “La Torre” or The Tower is a central part of the ritual (extranewsfeed.com).  It depicts a man falling from a high, crumbling tower and its meaning is dark and dangerous.  “The Death card is usually the card people are terrified of, [but] out of all of the cards in the deck, The Tower is the one you really need to brace yourself for. The Tower Tarot card represents chaos and destruction.” (thetarotguide.com)  So the actions of these witches are clear to all who care to look—they intend danger and destruction; they wish to cause catastrophe in Trump’s life and in the lives of millions of men, women, and children across America.

There is no such thing as a good witch

One of the greatest ironies in this world-wide cursing is that Hughes recommends including Psalm 23.  This is nothing new—sorcerers in Egypt turned to the power of God 2000 years ago.  They used the name of Jesus first in their exorcism rituals, followed by a long list of Egyptian deities.  Even witches and sorcerers know there is power in the name of Jesus, and in the living Word of God—they just don’t believe it works against them.  But God says it is alive, active and sharper than any two-edged sword.  It will not return void.

He is far more powerful than any evil these lost souls can summon, and the Bible says an undeserved curse will never come to rest (Proverbs 26:2).  In the last days, human hearts burn for revenge.  They will do anything to get it.

It feels surreal at times, but Jesus spent a large part of His ministry teaching us how to fight against the prince of this world and against a dimension of reality we cannot see.  Paul warns us to take up the armor of God and be prepared to fight, “For we wrestle not against flesh and blood, but against principalities, against powers, against the rulers of the darkness of this world, against spiritual wickedness in high places” (Ephesians 6:12).

We should not be surprised by this level of evil or afraid of its power. We are facing the end of this world and Satan will not go quietly.  But Jesus is coming back for us and until He returns, we will occupy. 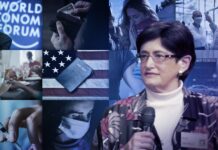 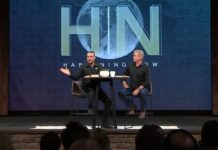