Jesus Is Not Calling Us to Religion 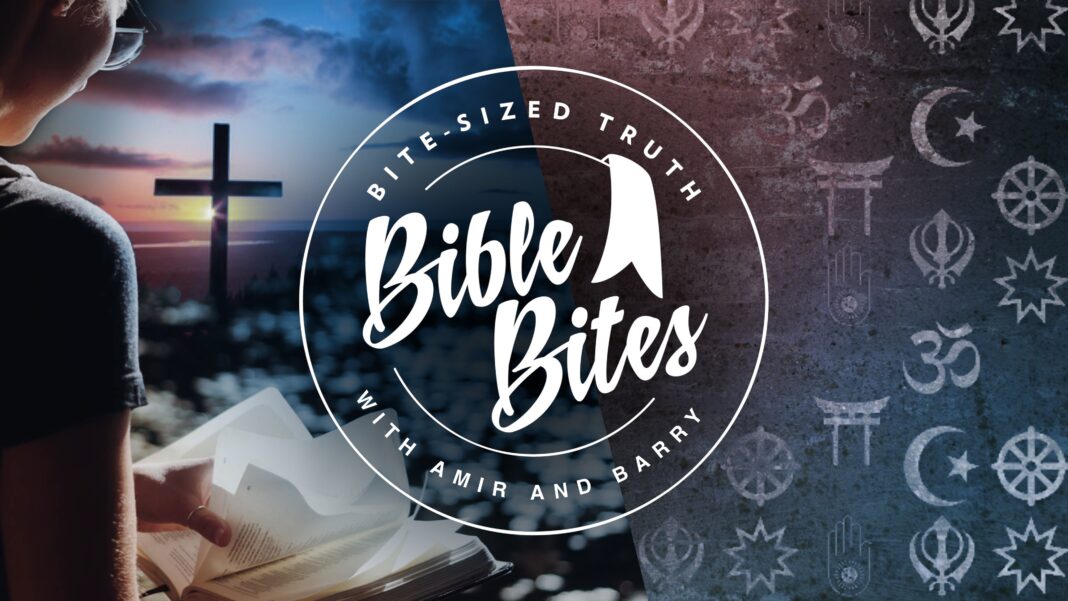 “Jesus gave us the way, the truth, and the life. Yet, He came to a land afflicted with religious oppression. He came to an area that was dark. The Bible says that in that valley of the shadow of death, light has dawned. The light of the world. The One who was there before even the sun was created came to this dark place and turned on the light. Anyone who followed Him could see that light. And anyone who saw and understood and got the message was attracted to Him like a magnet, and followed Him from that point forward. But, tragically, the vast majority of the inhabitants of town of Capernaum, even though they had seen many miracles, just did not believe. They were afflicted with so much religious spirit that they didn’t really care if they were believers or not, as long as they appeared good and they looked good.

So are we simply religious people? Do we live in our own personal Capernaums? Because looking at the destruction of that city, we can see where good works, good will, good heart, and a good view of things leads to. You see, no one does good. Man’s heart is full of evil. And although we can appear as great doers and peacemakers and all of that, that’s not what counts. We need to believe in the ultimate sacrifice that was made on our behalf, so God will no longer see us as sinners, but as the righteousness of God in Christ Jesus.”

Estimates on the number of religions in the world range from 4,500 to over 10,000 with countless variations within most of them. The truth is, mankind loves religion. According to dictionary.com, “Religion” is defined as: 1) A set of beliefs concerning the cause, nature, and purpose of the universe, especially when considered as the creation of a superhuman agency or agencies, usually involving devotional and ritual observances, and often containing a moral code governing the conduct of human affairs. 2) A specific fundamental set of beliefs and practices generally agreed upon by a number of persons or sects.

The second definition tells us that an object of worship or supernatural agent is not necessary for a set of beliefs to be considered a religion. Rather, only a sharing of those beliefs with others who are like-minded is needed. The first definition employs the same general principle, only adds a superhuman agent or agents to the mix along with ritual observances and a code of conduct.

No matter which definition is used, the end result is the same – man is the central figure of all religion. Even when there is a supernatural agent in a belief system, religion places devotion and rituals as the expressions that make man acceptable to his deity or object of worship.

John 14:1-6 KJV – “Let not your heart be troubled: ye believe in God, believe also in me. In my Father’s house are many mansions: if it were not so, I would have told you. I go to prepare a place for you. And if I go and prepare a place for you, I will come again, and receive you unto myself; that where I am, there ye may be also. And whither I go ye know, and the way ye know. Thomas saith unto him, Lord, we know not whither thou goest; and how can we know the way? Jesus saith unto him, I am the way, the truth, and the life: no man cometh unto the Father, but by me.”

However, the conversation did not end there:

After hearing Jesus state that access to the Father, and therefore the Father’s house, is exclusively through Him, Philip did what many do today. He said to Jesus, “Do one more thing and it will be enough.” So often, there is “one more thing” required for many to believe. Others are more like those who lived in the earthly ministry headquarters of Jesus, Capernaum. No matter what He did, no matter how many miracles He performed, it wasn’t enough to cause the people of that town to believe. They felt better about themselves for having followed rituals and observances, rather than simply having a personal relationship with the Son of God.

Again, there are five to ten thousand religions in the world with some 84% of the world’s population belonging to just five of them – Christianity, Islam, Hinduism, Buddhism and Folk Religions. This clearly demonstrates that man’s insatiable appetite for religion has not abated over the centuries. Why? Because religious efforts make people feel like they are worthy to access whatever they think lies beyond the grave.

While Christianity may fall within the dictionary’s definition of religion, it is anything but a simple set of beliefs or rituals. The basic principle of Christianity that distinguishes it from religion is that it does not rely on what is done by man, but rather what was done for man. Specifically, Jesus Christ, the Son of Almighty God, came into the world in the likeness of sinful flesh to die a death He neither earned nor deserved, in behalf of those who actually did deserve death.

Jesus told Thomas, “Access to the Father is exclusively through Me.” He made no mention of religious observances, personal achievement, or even adherence to a moral code.

1 Timothy 1:15 KJV – “This is a faithful saying, and worthy of all acceptation, that Christ Jesus came into the world to save sinners; of whom I am chief.”

John Newton, former slave ship operator and author of the world’s most famous hymn, Amazing Grace, had the same perspective as Paul when he said near the end of his life, “I am a great sinner and Christ is a great Savior.”

Notice that he didn’t say, “Christianity is a great religion”, but “Christ is a great Savior.” Jesus Christ is not simply the head of one of the top 5 religions in the world. He is the way, the truth, and the life, and no one comes to the Father, except through Him. He has given us ample evidence in order for us to believe, namely, He came in to the world to save sinners. Do you know Him?