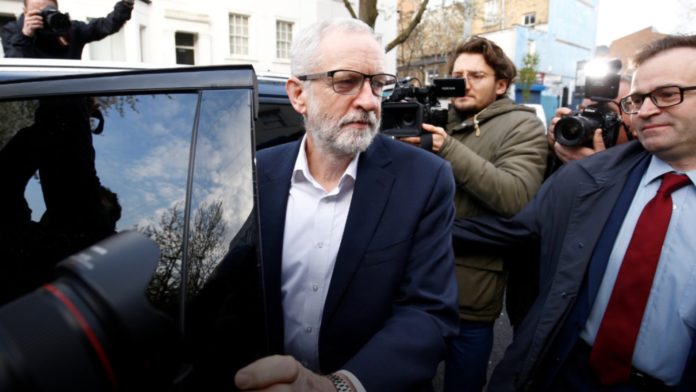 Israel Friday hailed the election defeat of Britain’s Labour Party as a “milestone in the fight against hatred” after its leadership was accused of inaction against anti-Semitism in its ranks.

“This is not just a political victory, it is first and foremost a victory of values.”

“The specter of anti-Semitism loomed large over this campaign, and the British public overwhelmingly voted against it, in what is, in our opinion, a testament to British history and values.”

“It serves as an important milestone in the fight against hatred.”

A veteran left-winger, first elected to parliament in 1983, Labour leader Jeremy Corbyn has long been dogged by accusations, which resurfaced during the campaign, that he had turned a blind eye to growing anti-Semitism within the party. Corbyn’s embrace of anti-Israel terrorists – including figures with ties to Hamas, and terrorists responsible for the kidnapping and slaughter of Israeli athletes in Munich in 1972 – drew further criticism on Crobyn’s position on anti-Semitism.

With almost all results declared from Thursday’s election, Johnson’s Conservative party had secured 364 of the 650 seats in parliament — its biggest majority since the heyday of Margaret Thatcher in the 1980s.

Labour lost 59 seats to leave it with 203, prompting Corbyn to announce plans for his departure.