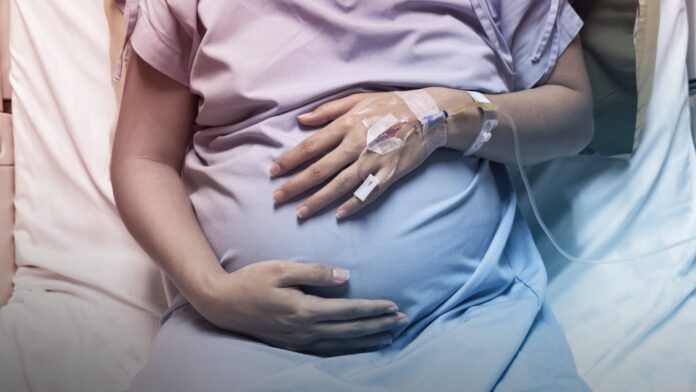 A recent study from Ireland shows that abortionists feel “conflicted” about killing preborn babies. The study examined the induction abortions of babies with conditions likely leading to death soon after birth. An induction abortion consists of injecting the preborn child in the heart with a feticide to cause cardiac arrest and death, and then inducing labor.

The study found that over half of the abortionists “expressed internal conﬂict about the provision of feticide and the need to ‘separate yourself from it completely’. They described feticide as ‘brutal’, ‘awful’ and ‘emotionally difﬁcult’, referring to it as ‘stabbing the baby in the heart’, and held themselves responsible for the death of the baby: ‘I caused the death.’”

The study goes on to say:

Providing [abortions] for [fetal anomalies] created a ‘psychological burden’ for over half of the [doctors]. A couple of them referred to themselves as ‘doctor death’, dealing with death and dying or with opinions from others that they ‘are trying to terminate everything’.

One doctor said, “I remember getting sick out in the corridors afterwards because I thought it was such an awful procedure and so dreadful.” In the past, other abortionists have spoken about the trauma they have experienced from committing abortions.

Nobody likes abortion, I don’t like abortion. I wish we didn’t have to do another one again. But it’s a fact. That’s the way human nature goes. It started out as a financial thing. My income will go up, but I earn it, I work hard for what I do, and I’m proud of what I do… Maybe we’re all going to rot in hell.

Tucker botched an abortion so severely that a woman bled to death. He lost his license due to so many botched abortions.

Abortionist David Zbaraz said, “[Abortion is] a nasty, dirty, yucky thing and I always come home feeling angry. I’ve become very good at it. I’ve become one hell of an abortionist. But it’s not something I tell my kids about.”

A late-term abortionist once stated, “When I can identify the four chambers of the [baby’s] heart, I start feeling miserable. And when I put my hands on somebody to feel how big they are and I get kicked, I am barely able to talk at that moment.”

In an article in the Philadelphia Inquirer in the 1980’s, Dr. Julius Butler commented about abortionists he worked with at a hospital that offered abortions, saying, “We’ve had guys drinking too much, taking drugs, even a suicide or two… There have been no studies I know of the problem, but the unwritten kind of statistics we see are alarming.”

A former abortion worker named Julie, quoted in a pro-life book, said the abortionist she worked with was a very heavy drinker and she believed he drank because he had difficulty coping with committing abortions. The abortionist died in a drunk driving accident shortly after Julie quit.2

Dr. Edward Eichner, the director of a Cleveland abortion facility in the 1990s, commented on why he believes most abortionists are men:

No doctor, for ethical, moral or honest reasons wants to do nothing but abortions…women don’t like to do abortions over and over for moral reasons. Sometimes our women doctors become pregnant themselves, which upsets the patients. At the same time, if a woman is carrying a baby, she doesn’t like to abort someone else’s. We have much more trouble keeping women doctors on the staff than men.

Dr. Steve Tucker, an abortionist who owned three abortion facilities and committed 7,000 abortions a year in the 1990s, said, “I wish I would never have to do another one [abortion]. I don’t like it. It’s not fun. It’s not like you’re curing a cancer or fixing a broken bone. You’re terminating a potential life.”

Of course, abortion kills an actual life, not a potential one.

Dr. Susan Conde, who worked with abortionists during her training, said in 1994, “I observed during my medical training as an Australian physician many abortions performed by experienced practitioners. They experienced, without exception, physical revulsion and moral bewilderment.”

And a study reported in 1994 news outlet found that 40% of abortionists felt “moral concern” based on “the nature of the act [of abortion] itself.”

A reporter discussing a workshop for abortion providers in 1994 wrote the following:

They [the providers] wonder if the fetus feels pain. They talk about the soul and where it goes. And about their dreams, in which aborted fetuses stare at them with ancient eyes and perfectly shaped hands and feet, asking, ‘Why? Why did you do this to me?”

Former abortion workers have also described nightmares they had while working in abortion facilities and after they quit.

Abortion can be emotionally grueling, even for those doing the killing.

There is a reason why the act of abortion is so difficult on those that commit it. It is because no matter how man may try to “sear their consciences,” God built in us an understanding between right and wrong, and sin is burdensome and bitter.

Abby Johnson explains on her website, why she left the abortion industry to become an advocate for life:

During her eight years with Planned Parenthood, Abby quickly rose through the organization’s ranks and became a clinic director. However, Abby became increasingly disturbed by what she witnessed. Abortion was a product Planned Parenthood was selling, not an unfortunate necessity they were fighting to decrease. Still, Abby loved the women that entered her clinic and her co-workers. Despite a growing unrest within her, she stayed on and strove to serve women in crisis.

All of that changed on September 26, 2009 when Abby was asked to assist with an ultrasound-guided abortion. She watched in horror as a 13 week baby fought for, and ultimately lost, its life at the hand of the abortionist.

At that moment, she fully realized what abortion actually was and what she had dedicated her life to. As it washed over Abby, a dramatic transformation had occurred. Desperate and confused, Abby sought help from a local pro-life group. She swore that she would begin to advocate for life in the womb and expose abortion for what it truly is.