As Protests Reignite in Iran, demonstrators refuse to trample US, Israeli flags 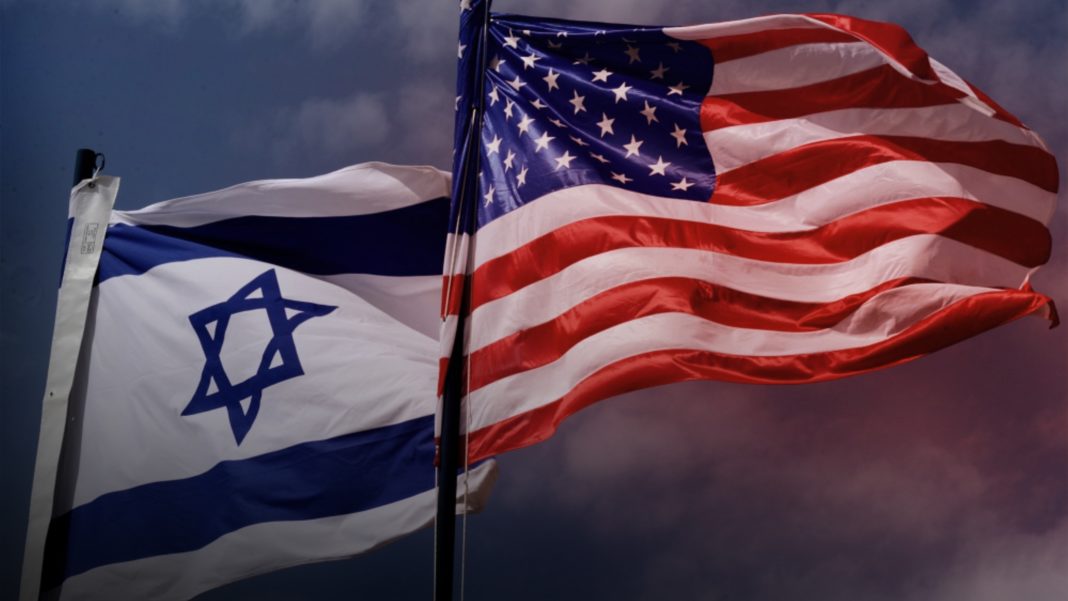 Protesters gathered on the streets of Iran Sunday for a second day of demonstrations against the regime, prompted by the Iranian leadership’s belated admission that it accidentally downed a Ukrainian airliner last week, killing all 176 people on board.

Hundreds of protesters rallied at various locations around the country, including outside a university in Tehran, social media posts showed.

Video also showed a crowd of several hundred at the university refusing to trample on large US and Israeli flags that had been laid down in the path of the march. Those that did walk on the flags were chastised by other protesters, the Haaretz daily newspaper reported. The video did not identify which university was involved.

“They are lying that our enemy is America; our enemy is right here,” chanted some protesters in Tehran, according to a report from the Reuters new agency.

Iranian media reported that other, pro-regime protesters converged on the British embassy in Tehran, apparently to demand its closure after Britain’s Ambassador Rob Macaire was arrested the night before following another anti-regime demonstration.

Macaire was temporarily detained shortly after he left a vigil for the air disaster victims held at Tehran’s Amir Kabir University that turned into a protest during which hundreds railed against the country’s rulers and military.

He has since been summoned by Iranian authorities to explain what he was doing at the protest, the Kan public broadcaster reported.

Macaire has tweeted that he attended the memorial ceremony and left before it became an anti-regime protest.

Pro-regime protesters chant slogans and hold up posters of Gen. Qassem Soleimani while preparing to burn British and Israeli flags, during a demonstration in front of the British Embassy in Tehran, Iran, Sunday, Jan. 12, 2020. (AP Photo/Ebrahim Noroozi)

The arrest triggered diplomatic protests, with London calling it a violation of international law and EU foreign policy chief Josep Borrell adding his voice to the chorus of condemnation.

“Very concerned about the temporary detention of the UK Ambassador @HMATehran in Iran. Full respect of the Vienna convention is a must. The EU calls for de-escalation and space for diplomacy,” Borrell tweeted.

Iran’s Mehr news agency said Macaire was arrested for his alleged “involvement in provoking suspicious acts” at the gathering.

On Sunday, tensions mounted again on the streets of the capital, with a heavy police presence around the iconic Azadi Square south of the center.

Riot police armed with water cannon and batons were seen at Amir Kabir, Sharif and Tehran universities, as well as Enqelab Square. Around 50 Basij militiamen brandishing paintball guns, potentially to mark protesters to authorities, were also seen near Amir Kabir.

US President Donald Trump has warned Iran against cracking down on the protests.

“There can not be another massacre of peaceful protesters, nor an internet shutdown. The world is watching,” he tweeted Saturday.

“We are following your protests closely, and are inspired by your courage,” Trump said in a comment directed at protesters.

The latest demonstrations follow a crackdown on street violence that erupted across Iran over fuel price hikes in November. Amnesty International has said more than 300 were killed in those protests.

The top commander of Iran’s Islamic Revolutionary Guards Corps briefed parliament in a closed session on Sunday, a day after the armed forces said a Ukrainian airliner was shot down in error, in an admission that sparked the angry demonstration.

The military acknowledged Saturday that the Ukraine International Airlines plane was mistakenly shot down Wednesday, killing all 176 people aboard, after denying for days Western claims it was downed by a missile.

The majority of those on the Boeing 737, which slammed into a field shortly after takeoff from Tehran, were Iranians and Canadians, and many were students.

The Kyiv-bound plane was shot down at a time when Iran’s armed forces were on a heightened state of alert after launching a volley of missiles at US troops stationed in Iraqi military bases.

Iran had vowed to exact “severe revenge” for a January 3 US drone strike that killed Qassem Soleimani, the head of the Revolutionary Guards’ foreign operations arm.

At the end of the session, speaker Ali Larijani asked the Majles’ security and foreign policy commission to examine the air disaster and how to prevent such incidents from occurring again, ISNA said.

On Saturday, President Hassan Rouhani said a military probe into the tragedy had found “missiles fired due to human error” brought down the Boeing 737.

Newspapers called for resignations and sackings over the handling of the air disaster.

Sazandegi, a moderate conservative publication, also apologized to its readers for having trusted official sources on the matter.

“Unforgivable,” said government newspaper Iran, which published all the names of those who died in the air disaster on the image of black plane tail.

Kayhan, a hardline daily, led on the supreme leader’s “strict orders” to follow up on the “painful incident of the plane crash”.

As public anger grew, state television aired interviews with people who it said “have not forgotten everything the Guards have done for the country.”

Iranian forces were reported as targeted in the air strike. This might suggest the strike is an Israeli response to what is believed to...
Read more
Berean Review