How Trump Will Expose & Stop The Biggest Election Heist in World History: Pray. 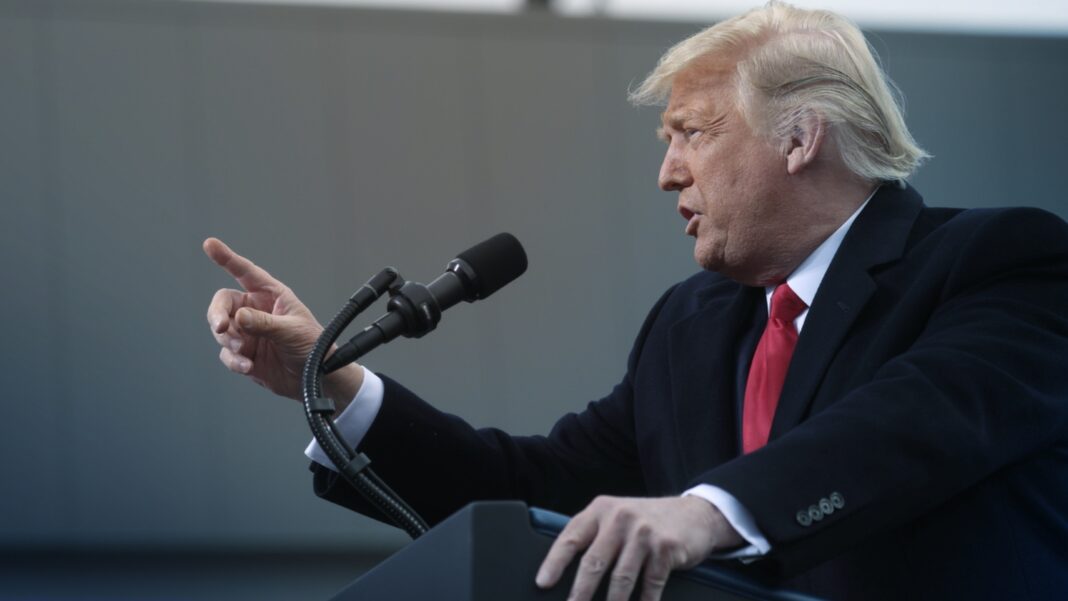 Evidence continues to pile up that Trump got far more votes—and Biden far fewer—than the media is reporting, especially in the critical swing states of Pennsylvania, Michigan, Wisconsin, Georgia, Arizona, and Nevada.  If this had been a clean election, one in which every legal vote had been counted, and every illegal ballot thrown out, Trump would have over 300 Electoral College votes.  Joe Biden would have called to concede the evening of November 3rd.

That is obviously not the situation that we find ourselves in.

The corrupt political establishments that run the swing states, or at least the big cities and most populous counties within those states, have engaged in historically unprecedented levels of election fraud.  Virtually all the power centers in our country, from Big Media and Big Tech to Hollywood and Wall Street, are attempting to deny the true winner of the presidential contest his victory, and to perversely claim the runner-up as the president-elect.

If it were up to them, they would happily see an imposter be sworn in on January 21st as the 46th President of the United States.

But for that to happen, the 45th President of the United States would have to concede.  He would have to abandon his quest for the truth about what really happened in the days following November 3rd, when the huge leads he had built up in critical swing states disappeared in the dead of night.

He would have to drop all of the court challenges that have been filed in the federal and state courts in places like Michigan, Pennsylvania, Georgia, and Nevada.  These lawsuits ask judges to throw out ballots that were illegally counted after Republican poll watchers were kicked out, and that somehow all went to Biden.

He would have to stop assembling evidence about the even more massive fraud carried out by those who programmed and controlled electronic voting systems with names like Smartmatic and Dominion.  He would have to abandon the whistleblowers who have come forward at great risk to expose the tricks they used to overturn elections.  And he would have to delete his recent Tweet that:

None of this is going to happen.  Trump has never backed away from a fight all of his life.  I’m here to tell you that this man never gives up. Ever.

In fact, the hysterical attacks of the media mob, the sneaky shadow-banning of social media moguls, and the violent attacks by Antifa and BLM on his supporters only serve to encourage President Trump further. If the Biden campaign really had nothing to hide, they would join him in calling for a review of the many problems that have been identified.  Instead, as the evidence continues to pile up, they sound more and more like they are engaged in a desperate cover-up.

There is one final issue that inspires the president to fight on, and that concerns foreign election interference.  It is becoming clear that a foreign company, Dominion, which is connected to Venezuela and China, interfered in our recent election.  This is obviously a huge threat to our national security.

As Rudy Giuliani of Trump’s legal team told Maria Bartiromo on Sunday, “Dominion is a radical left company, … and the software that they use is done by a company called Smartmatic, a company founded by [Venezuelan dictator Hugo] Chavez.  Dominion sends everything to Smartmatic. Can you believe it, our votes are sent overseas?”

Leading the effort against Dominion is the indomitable Sidney Powell, who says that the “Money creating [the company] came out of Venezuela and then Cuba.  It is one huge criminal conspiracy that needs to be investigated by military intelligence for its national security implications.”

Taken together, I believe that the evidence of fraud, both digital (computerized) and analog (ballot-stuffing) is overwhelming.  Dominion insiders will tell us how easy it is to flip or delete votes, while statisticians and eyewitnesses will tell us how many votes were affected.  The hundreds of affidavits coming in will detail how fake ballots were created and late ballots were nonetheless counted.  Most importantly, the larger national and international conspiracy behind the biggest election heist in world history will be revealed.

I believe that there are many legal arguments that can be used to convince judges to move Georgia, Nevada, Michigan or Wisconsin into the win column.  Winning any two of these puts Trump at between 253 and 264 electoral votes.

After that, it is simply a matter of Pennsylvania.  Here I believe the Supreme Court has already signaled that it is already ready to act.  The justices will rule that the mail-in ballots received after the 8 p.m. on Election Day—already segregated by order of Justice Alito—are invalid and must not be counted.  Putting Pennsylvania’s 20 electoral college votes into the win column puts Trump over 270.

On January 6th, 2021, a Joint Session of Congress will meet to count electoral votes and to declare President Donald Trump the winner of a second term.

Now a good friend, whose name you would all recognize, suggests that I am being “boldly optimistic” in trusting the judicial system: “It seems to me that if this coup has been so pervasively perpetrated, by very powerful and wealthy people worldwide (which I believe it has), whose consciences have been won over by the evil one, then they will have been equally prepared to stop any litigations that might undercut their efforts.”

Now I agree that what we are witnessing is a coup, and that it is supported by a number of bad actors both at home and abroad, China and Venezuela among them.  But I believe that there is enough probity remaining within our judicial system to fairly adjudicate these matters without shrinking back in fear of Antifa mobs or showing favor to one political party.

I have written before that the three new justices on the Supreme Court—Neil Gorsuch, Brett Kavanaugh and Amy Coney Barrett—are models of judicial integrity.

To borrow Archbishop Vigano’s phrase, they are Children of the Light.  As such, they will not be intimidated by the Children of Darkness who have risen up out of Hell itself to destroy this great country.

There is a day when government of the people, for the people, and by the people shall perish from the face of the earth.  But it is not this day.

HD Editors Note: Franklin Graham is urging believers not to cease in their prayers for the outcome of this election when so much hangs in the balance:

“It’s not over! We need to continue to pray for President Donald J. Trump, Vice President Mike Pence, and the outcome of this election. So much hangs in the balance for our nation. My prayer is that we will have four more years of leadership that defends religious freedom, supports law and order, and is the most pro-life administration ever. This is not the time to give up or to stop asking for God’s help and mercy on this country. I hope that followers of the Lord Jesus Christ everywhere will join me in praying.”