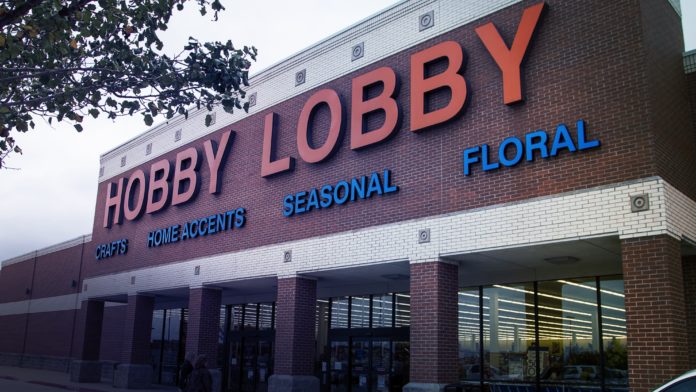 During the week of Christmas, full-page ads appeared in newspapers across the country, with a simple star, the words, “It’s a boy” and the Scripture verse Luke 2:11 printed below.

The arts-and-crafts retailer also partnered with Need Him Ministry, an online evangelism ministry, to encourage those with questions to engage in a conversation with a discipleship coach about what it means to pursue a personal relationship with Jesus Christ. Hobby Lobby additionally offered free Bible app downloads through its sister store, Mardel.

“This ad serves as a reminder of the true meaning of Christmas and celebrates what millions of people around the world and for centuries have considered a turning point in human history—the birth of Jesus Christ,” Hobby Lobby explained in a press release.

According to its website, Hobby Lobby’s founder, David Green, made the decision to create Bible-based advertisements in 1995 after realizing the lack of Christian witness displayed through ads during the Christmas season.

“Green was reading the Christmas advertisements, including those for his own store, and he felt commissioned by God to do something different,” the company’s website says. “Hobby Lobby was selling all kinds of crafts that customers used to celebrate Christmas, yet David Green was struck by the lack of testimony in newspapers regarding the meaning of the holiday.”

Hobby Lobby’s first Christ-themed advertisement ran in 1997 to celebrate Easter, and now the company publishes God-centered ads in newspapers each Christmas, Easter and Independence Day. And today, with the help of social media, these hope-filled ads are able to reach an even larger audience with the message of the Gospel.

Built on Biblical principles from the beginning, Hobby Lobby lists “honoring the Lord in all we do by operating in a manner consistent with Biblical principles” as its first core value. The company claims its core values guide all decision-making, as well as the establishment of its corporate culture.

“We believe it is by God’s grace and provision that Hobby Lobby has endured. He has been faithful in the past, we trust Him for our future,” said David Green.

With more than 850 stores, Hobby Lobby is the largest privately owned arts-and-crafts retailer in the world, with over 37,500 employees and operations in 46 states.