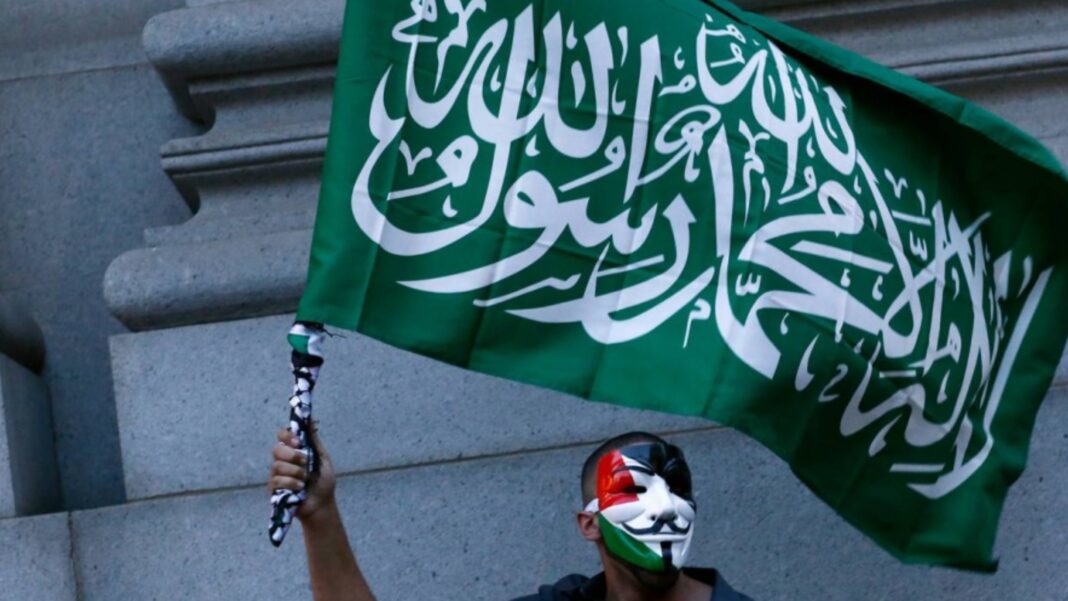 Germany made this decision to ban the flag after several antisemitic instances were reported throughout the military conflict between Hamas and Israel in May; Spokesperson: We do not want the flags of terrorist organizations to be waved on German soil.

Last week, German officials came to a mutual agreement concerning the decision to ban the Hamas flag in the country. Hamas is the Iranian terror proxy residing in the Gaza Strip and is responsible for most attacks on the Jewish State. The decision to ban its flag came after the 11-day military conflict in May that started when Hamas fired rockets at Jerusalem. During the conflict, several antisemitic attacks were reported in Germany.

The motion to ban surfaced via the Christian Democratic Union (CDU) of Chancellor Angela Merkel. Despite constitutional concerns with moving forward with the ban, the German Social Democratic Party (SPD) would inevitably agree to do so.

Thorsten Frei, the deputy parliamentary spokesperson for the CDU and CSU (Christian Social Union), stated, “We do not want the flags of terrorist organizations to be waved on German soil…I’m very pleased that the SPD has joined our initiative. In doing so, we can send a clear signal to our Jewish citizens.”

Hamas is recognized as a terrorist organization by the United States, Canada, the European Union, Jordan, Japan, and several other countries. The proxy took control of the Strip in 2007, resulting in frequent acts of terror to date. During its last volley with Israel, it’s estimated that well over 600 of Hamas’ own rockets landed in Gaza, killing many civilians.

Hamas Sentences 2 To Death, 2 To Hard Labor For Collaborating With Israel