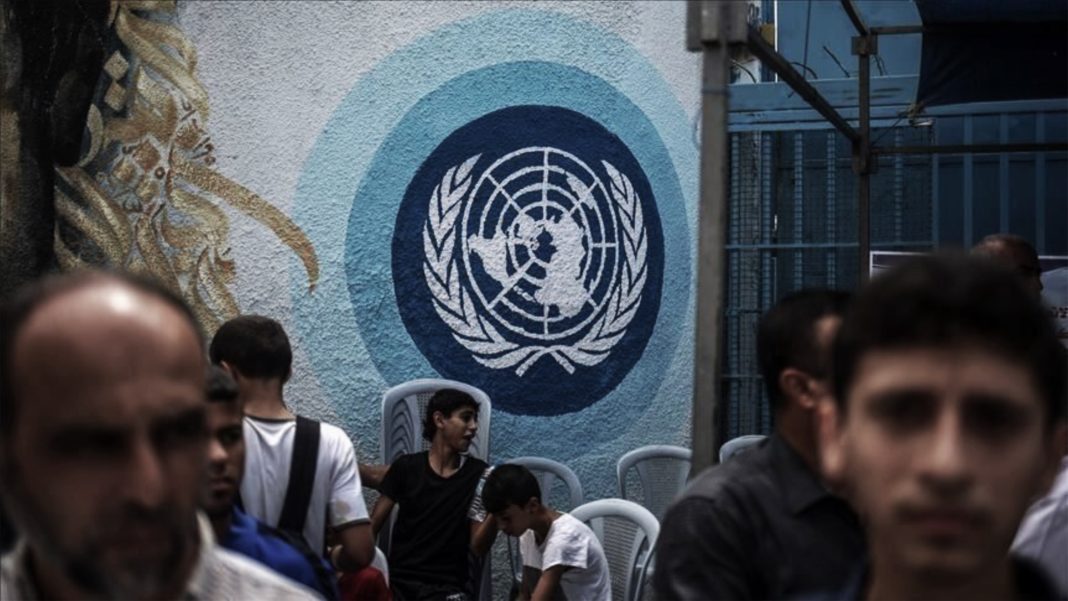 A Spanish national pleaded guilty in Israeli military court to diverting European aid to the Popular Front for the Liberation of Palestine (PFLP) terrorist organization.

A joint statement from Israel’s Defense and Foreign Ministries announced that Juana Ruiz Rashmawi confessed to raising funds for PFLP operations “under the guise of human rights activities.”

Previous Israeli and Spanish media reports described Ruiz as a long-time resident of West Bank, where she is married to a Palestinian. She was arrested on 13 April on suspicion of “contact with a foreign agent and offences related to money laundering” to help the PFLP, said an Israeli military spokesman at the time.

The signed plea agreement “proves that the PFLP operated a network of ‘humanitarian’ organizations with the goal of raising funds for terrorism,” the statement underscored.

Ruiz Rashmawi was charged with having “duped” European donors using financial records doctored to hide cash diversions to the armed Marxist–Leninist, revolutionary-socialist group, which is notorious for having pioneered armed aircraft-hijackings in the late 1960s and early 1970s and carrying out deadly attacks against Israelis. The PFLP has been recognized as a terror group by the United States, the European Union, Japan, Canada and Australia.

The defendant admitted to serving as a fundraiser for one of the civilian arms of the PFLP called the Health Work Committees (HWC), while also working at 6 Palestinian civil society groups that Israel declared as terrorist organizations last month for funeling EU donations to terrorists. The Israeli allegations were denied by the PFLP and the groups, which are Addameer, Bisan Center for Research and Development, Al-Haq, Defense for Children International – Palestine (DCI-P), Union of Palestinian Women’s Committees (UPWC) and the Union of Agricultural Work Committees (UAWC).

“The donors, including countries and international organizations, were systematically deceived and misled in a systematic and calculated manner in order to fund the terrorist organization,” said the official Israeli statement, which stressed that the defendant was “extensively engaged” in raising money that amounted to ‘a significant and important source of funding for the PFLP.”

The indictment stated that the terrorist organizations purposefully conduct operations under the guise of civilian activities that would serve as a cover for their training, fundraising and other terror activities.

Ruiz Rashmawi will be sentenced on 17 November, said the Israeli military. Her attorney could not immediately be reached for comment.

Israeli leaders said the Spaniard’s guilty plea is evidence that supports the October ban of 6 Palestinian groups and proof that the PFLP uses humanitarian groups as fronts, stating that” terrorist organizations understood that activity of a seemingly civilian nature could serve them in winning hearts and minds, fundraising, and even as cover for destructive terrorist activity.”

“This admission of guilt is additional proof that a cynical, murderous terrorist organization established a network of lies and deception that uses the disguise of “humanitarian organizations” and “human rights organizations” as a conduit for the flow of funds for terrorism while deliberately misleading donors and countries,” said Israeli Foreign Minister Yair Lapid.

Senior PFLP official in Gaza Kayed al-Goul claimed that Ruiz Rishmawi’s indictment was used to deflect criticism from the United Nations and others over the blacklisted Palestinian entities.

“Israel has been embarrassed by the international response to its decision to label six Palestinian civil society groups as terror groups and Lapid’s statement and the so-called conviction is a helpless attempt to respond,” he said.

Defense Minister Benny Gantz stated that “The State of Israel and its security apparatus respect human rights and respect the activities of human rights organizations who have an important role in a democratic society.”

“’Terror-washing’ by using the cover of human rights activities is a double sin – it fuels terrorism and harms organizations that do important work,” charged the top defense chief, vowing that Israel “will continue to act against terrorism everywhere and in whatever form it takes.”