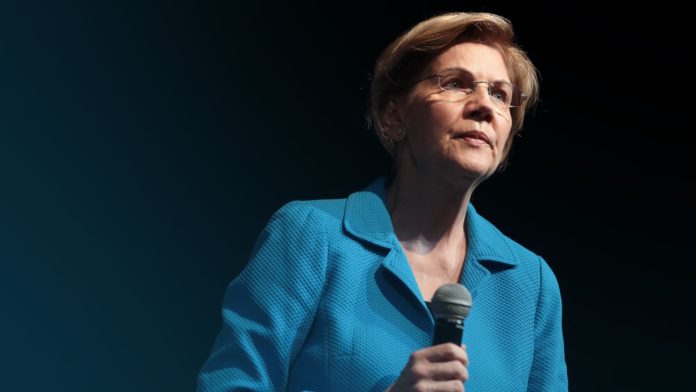 Seven Democratic presidential candidates, including front runners Elizabeth Warren and Pete Buttigieg, want to remove safeguards on dangerous abortion drugs and allow them to be sold over the counter.

Even the left-leaning newspaper noted that the candidates have embraced “far-reaching” abortion extremism and now are touting abortion positions that most Americans disagree with. Most candidates want taxpayer-funding for elective abortions, and very few support any restrictions on abortion in the third trimester after the baby is viable.

Ilyse Hogue, president of NARAL Pro-Choice America, claimed that supporting the killing of unborn babies for any reason up to birth is something candidates should be proud of.

“They’re setting the tone that this is something we should own proudly, and not just react to when something happens,” Hogue said.

Perhaps unsurprisingly, many of the candidates also oppose common sense abortion clinic regulations, things like requiring abortion practitioners to have hospital admitting privileges so that they can treat patients experiencing emergency complications, according to the report.

Seven also said they would de-regulate abortion drugs by making them available over the counter.

“This would be a major leap from current policy, which restricts the drugs’ availability even by prescription, and would require multiple legal and regulatory changes. But if enacted, it would make it much harder to effectively ban abortion,” the newspaper noted.

The candidates who support making abortion drugs available over the counter are: Warren, Buttigieg, Cory Booker, Marianne Williamson, Tom Steyer, Andrew Yang and Michael Bennet, according to the survey.

Abortion activists also are pushing for the abortion drugs to be de-regulated, ignoring serious physical risks and the potential for abuse.

Currently, the abortion drug mifepristone must be prescribed and administered in person by an abortionist, though the abortion industry has found ways to skirt these regulations through tele-medicine.

Risks associated with the drugs include excessive bleeding, severe abdominal pain, infection, hemorrhage and death. The abortion drugs are responsible for the deaths of dozens of women worldwide, including at least 22 women in the United States, and have injured thousands more. A Planned Parenthood study even admitted at least one woman is seriously injured from the abortion pill daily.

Pro-life advocates also fear easy access to the abortion drugs could put women at greater risk of forced abortions. Currently in Wisconsin, a man is awaiting trial for allegedly buying abortion drugs illegally online and slipping them into his pregnant ex-girlfriend’s drink to kill her unborn child.

Though Democrat leaders claim their radical pro-abortion stance represents the majority, polls show otherwise. According to a national poll by Marist University in January, three in four Americans (75 percent) say abortion should be limited to – at most – the first three months of pregnancy. This includes most Republicans (92 percent), Independents (78 percent) and Democrats (60 percent). Recent Gallup polling also found that 53 percent of Americans oppose all or most abortions.

A Politico/Harvard University poll in 2016 found that just 36 percent of likely voters supported taxpayer funding for abortions, while 58 percent opposed it.

In recent years, the Democratic Party has shifted to align itself closely with the abortion industry, which contributes tens of millions of dollars to Democratic candidates annually.

In October, Planned Parenthood, the largest abortion chain in America, announced a $45 million election budget for 2020 to defeat President Donald Trump and pro-life candidates. Kelley Robinson, executive director of the superPAC Planned Parenthood Votes, said the $45 million is just an initial projection, but they hope to spend even more.