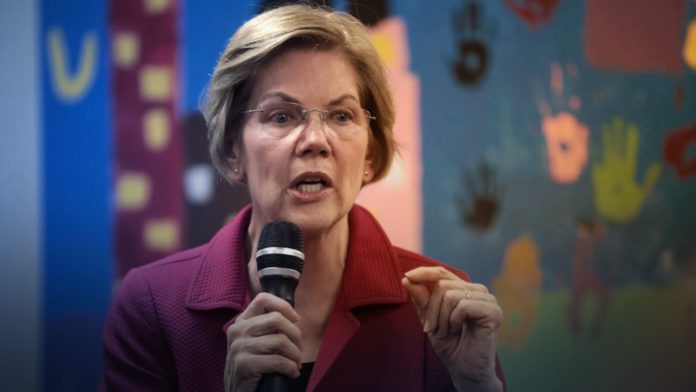 According to CNS News, Warren tweeted out an article from HuffPost that highlighted a U.S. Supreme Court case out of Montana where a law has been challenged that grants tax credits to donations to private and religious schools — many of which the Left would deem anti-LGBT for having such policies as bathrooms corresponding to students’ biological sex and faculty who live according to biblical sexual morality.

“States should focus on funding public schools, not private ones—especially not ones that maintain anti-LGBTQ+ policies,” Warren said in her tweet. “We must ensure every kid—especially LGBTQ+ kids—can get a high-quality public education.”

Here’s how leftist HuffPost described the current situation in Montana:

Nearly a third of the schools that participated in a Montana education tax credit program at the center of a controversial Supreme Court case maintain explicitly anti-LGBTQ policies, according to a HuffPost analysis.

The program at the center of Espinoza v. Montana Department of Revenue, which the Supreme Court is hearing later this month, provided tax credits to individuals and corporations that donated to private school scholarship groups. However, because Montana has a constitutional provision barring public dollars for religious schools ― and nearly all of the schools participating in the program were religious ― the Montana Supreme Court found the program unconstitutional and shut the program down in 2018.

The “anti-LGBTQ policies” on the books in these schools include student handbooks that say “God wonderfully and immutably creates each person as male or female” and “God created marriage to be exclusively the union of one man and one woman.” Some schools, such as Stillwater Christian School, even demand that “students and campus visitors must use restrooms, locker rooms, and changing facilities conforming with their biological sex.” Other schools, such as Foothills Community Christian School, says homosexual behavior is “sinful and offensive to God” while barring non-Christians from teaching.

“Religious schools, in general, are not subject to the same anti-discrimination policies as public schools and are thus allowed to exclude students and employees based on sexual orientation or on religious grounds,” continued HuffPost. “Only one school voucher program in the country, in Maryland, forbids participating schools from discriminating based on sexual orientation.”

Randi Weingarten, president of the American Federation of Teachers, told reporters that the case could flip America’s supposed understanding of “separation of church and state” on its head.

“It will basically change over 200 years of practice in the United States,” said Weingarten.

The question over whether such private schools violate the civil rights of students and faculty has become a major controversy in recent years. Marcia McCormick, a professor of law and gender studies at Saint Louis University, argued to NBC News that such institutions can be sued if Title VII of the 1964 Civil Rights Act were to be interpreted as including sexual orientation.

“Title VII has an expansive definition of religion — not just of beliefs but also practices,” she explained. “There are a lot of rules in a lot of religions about how people ought to behave when it comes to what it means to be male and female, or to sexual or romantic activity.”

The Supreme Court has taken up consolidated cases this term that could decide whether Title VII indeed covers sexual orientation.