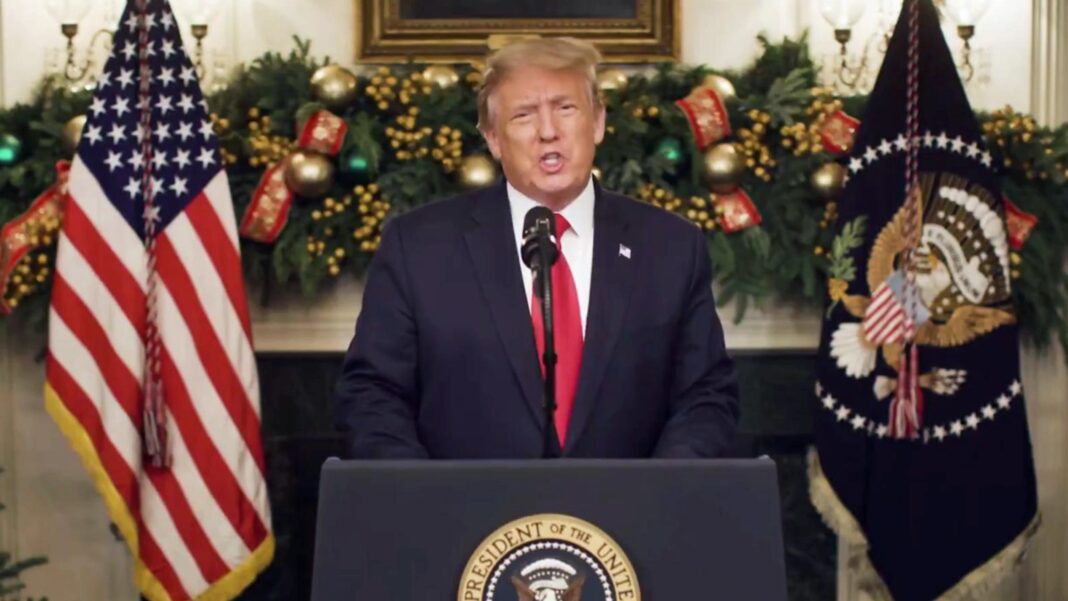 President Donald Trump demanded Tuesday that Congress amend the coronavirus rescue package and government funding bill before sending it to his desk.

The massive 5,593-page bill was passed by both the House and the Senate on Monday night but immediately drew criticism for only sending $600 of direct aid to each American.

Trump criticized the bill for extending direct coronavirus relief payments to family members of illegal aliens, getting up to $1,800 each.

“This is far more than the Americans are given,” Trump said.

The president did not say he would veto the bill but demanded that Congress amend it before sending it to his desk.

The also president lamented that the bill also failed to provide substantial aid to restaurants and small businesses.

Trump berated members of Congress for failing to even read the massive bill before passing it quickly in the last hours before the Christmas holiday.

“It’s called the COVID relief bill, but it has almost nothing to do with COVID,” he said.

He criticized the billions appropriated for aid to countries like Cambodia, Burma, Egypt, countries in Central America, and even $25 million for “democracy and gender programs” in Pakistan.

The president also ridiculed the bill for including $40 million for the Kennedy Center, $1 billion for the Smithsonian, and $154 for the National Gallery of Art.

“Congress found plenty of money for foreign countries and lobbyists and special interests, while sending the bare minimum to the American people who need it,” Trump said.

Trump demanded that Congress send a better coronavirus aid package, suggesting that he might not sign it.

“I am also asking Congress to immediately get rid of the wasteful and unnecessary items from this legislation and to send me a suitable bill or else the next administration will have to deliver a COVID relief package, and maybe that administration will be me and we will get it done,” he concluded.