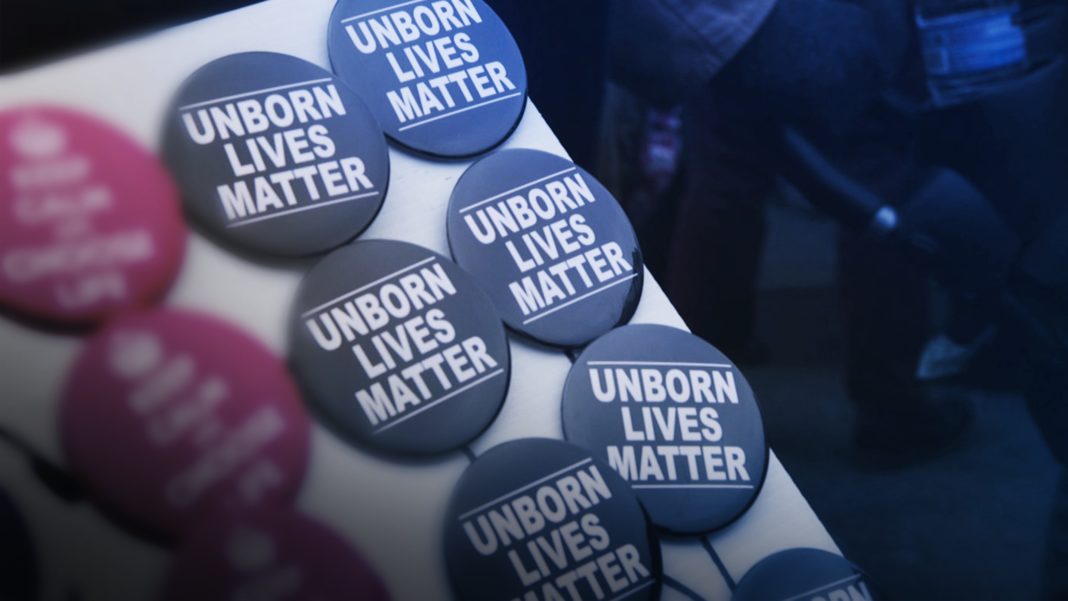 The Democratic auditor of the third-largest county in Ohio could be booted from his own party after posting a tweet suggesting that Planned Parenthood targets black communities.

“Just wondering when they are going to paint ‘Black Lives Matter’ on Auburn Avenue, you know, in front of that building where they terminate black lives and white ones, too, almost every day of the week,” Hamilton County Auditor Dusty Rhodes tweeted on June 19, referencing Cincinnati’s sole abortion clinic.

In a statement posted to Twitter, Hamilton County Democratic Chairwoman Gwen McFarlin called Rhodes’ tweet “racist and sexist.” She went further to say she’ll launch the process to censure Rhodes and introduce a resolution for the party to not endorse Rhodes for reelection when his term ends in 2022.

“I condemn this comment which I would not expect from an elected official let alone a Democratically endorsed elected official,” McFarlin wrote. “His offensive comments are aimed at black, brown and other marginalized groups as well as women. The Democratic Party supports the Black Lives Matter movement and women’s reproductive rights.”

Yet McFarlin failed to mention that Planned Parenthood does in fact disproportionately target black communities. According to the Centers for Disease Control and Prevention, 38% of all abortions in the U.S. are performed on Black women even though Black women make up just 13% of the female population.

Despite condemnation from his own party, Rhodes stood his ground and responded to McFarlin’s statement through a series of tweets: “I find the characterization of my views as ‘sexist and racist’ by the Hamilton County Democratic Chair in a tweet today deeply offensive.

“Gwen McFarlin knew of my position on abortion when she asked me to endorse her campaigns for Springfield Township Trustee and Party Chairperson. In spite of her disagreement with me on this issue, I gave her my full support each time.

“Abortion impacts African Americans at a higher rate than any other population group. I thank all who are retweeting my comment. I stand by it and reject the uninformed criticism. It is neither a ‘racist’ nor ‘sexist’ tweet.”

While liberals praise Planned Parenthood for its contributions to the health of women (unborn infants carrying the feminine XX chromosomes excluded), no one seems eager to discuss the organization’s origin or its racist founder, eugenics advocate, Margaret Sanger. For the record, according to Merriam-Webster, eugenics is “the practice or advocacy of controlled selective breeding of human populations (as by sterilization) to improve the population’s genetic composition.”

With assistance from Sanger herself, allow me to introduce you to this heroine of the left in a few of her own words.

From “The Pivot of Civilization” (1922): “We are paying for, and even submitting to, the dictates of an ever-increasing, unceasingly spawning class of human beings who never should have been born at all.”

From “Birth Control and Racial Betterment” (1919): “Before eugenists and others who are laboring for racial betterment can succeed, they must first clear the way for Birth Control. Like the advocates of Birth Control, the eugenists, for instance, are seeking to assist the race toward the elimination of the unfit. Both are seeking a single end but they lay emphasis upon different methods.”

From “A Plan for Peace” (1932): [The government should] “give certain dysgenic groups in our population their choice of segregation or sterilization.”

And finally, the essence of Margaret Sanger. From “The Eugenic Value of Birth Control Propaganda” (1921): “Today eugenics is suggested by the most diverse minds as the most adequate and thorough avenue in the solution of racial, political and social problems.”

Sanger skillfully crafted her language of caring for children and women while at the same time blatantly spewing her repugnance for the “unfit,” the “garden weeds,” and the “human beings who should never have been born at all.”

In a March 3, 1938 speech, Sanger said, “There are 1,700 special courts and 27 higher courts in Germany to review the cases certified for sterilization there,” and she assured her audience that “the rights of the individual could be equally well safeguarded here.” German “rights,” of course, were “safeguarded” by the likes of Dr. Josef Mengele.

Before it became less profitable to be a Baptist minister than a liberal Democrat civil rights activist (and a candidate for the U.S. presidency in 1984), Jesse Jackson railed against abortion, calling it “black genocide” and comparing abortion to slavery. According to Jackson, the idea that a baby was the personal property of the mother and she could do whatever she pleased with the child “was the premise of slavery. You could not protest the existence or treatment of slaves on the plantation because that was private and therefore outside your right to be concerned.” And at the 1977 March for Life, Jackson asked, “What happens … to the moral fabric of a nation that accepts the aborting of the life of a baby without a pang of conscience?”

Notwithstanding what we know about Sanger, each year since 1966, Planned Parenthood has continued to hand out The Margaret Sanger Award to “honor” the legacy of its founder. And liberals covet that award. The 2014 recipient? Nancy Pelosi.

When Hillary Clinton received the award in 2009, she said during her acceptance: “It was a great privilege when I was told that I would receive this award. I admire Margaret Sanger enormously. … I’m really in awe of her. There are a lot of lessons we can learn from her life, from the causes she launched and fought for and sacrificed for so greatly.”

Indeed, there are a “lot of lessons” — most of which fall on deaf, liberal ears.