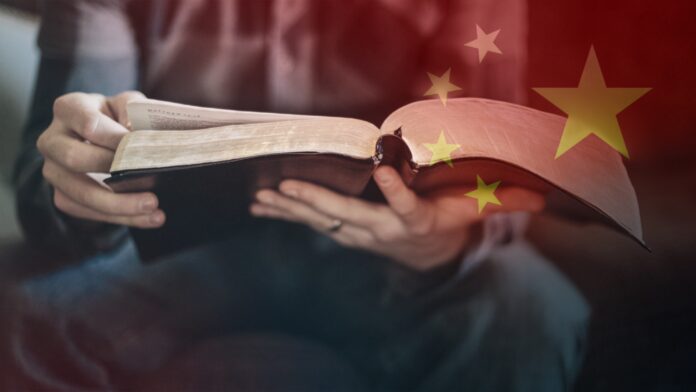 The Chinese Communist Party (CCP) has enacted a new set of regulations obliging foreign teachers to refrain from sharing their religious faith with their students under penalty of losing their visas, the South China Morning Post reported Sunday.

In one region — the southern province of Hainan — officials are urging people to rat out religious foreigners, offering monetary rewards of up to 100,000 yuan (US$ 14,600) for information leading to the arrest of outsiders who engage in “religious activities without permission,” including teaching about religion, evangelizing, and networking.

The human rights journal Bitter Winter reported Saturday that the Chinese government has similarly offered cash rewards to informants who help officials identify “illegal religious activity venues,” urging people to collect “photos, videos, audio recordings, and other materials.” An award of 500 RMB (about US$ 70) is offered for each tipoff.

Some five years ago, Beijing ordered schools and universities to rein in the use of foreign textbooks to block the spread of Western thoughts and values on campus, a program that was broadened to expressly include foreign religious influences as well.

“Christians are increasingly being pushed underground in China,” noted David Curry, president of Open Doors during the presentation of the 2020 Watch List last January. “Pastors are being detained, churches are being closed and people who have a personal faith in Jesus are being watched using technology that was never available before.”

“The Church is being squeezed in China,” he said.

Yet along with increased monitoring of religious activity and a ban on all unregistered religious groups, the 2018 norms specifically targeted children.

The 2018 regulations banned church youth camps, forbid young Christians from sharing their faith with their friends at school, and prohibit anyone under the age of 18 from entering a church.

Stricter enforcement of bans on foreign religious proselytizing has been a hallmark of Mr. Xi’s regime, notes Brent Fulton, the founder of ChinaSource, a U.S.-based Christian research organization.

“Up until the beginning of the last decade, it was not uncommon for foreign Christian teachers to use the Bible in their classrooms teaching and have Bible studies in their homes or even on campus,” Mr. Fulton said.

“But in the last couple of years, we started to see notices posted on campus banning religious activities and some teachers have been asked to leave China as a result,” said Fulton.

“So that really makes teaching the Bible or just any normal acts of sharing personal faith and beliefs quite difficult,” he added. “I think for foreign teachers, they are kind of back to where they were in the ’80s where people had to be much more careful.”