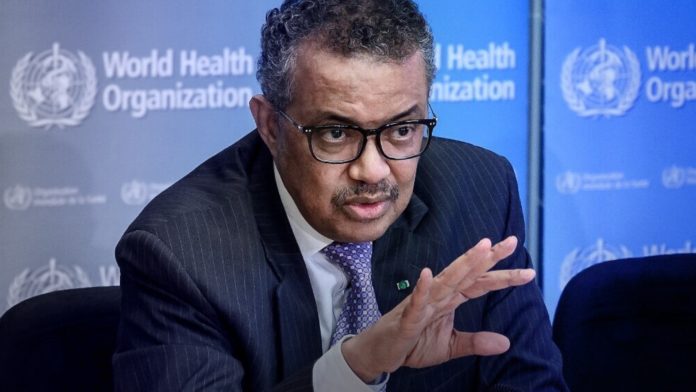 Xi met with WHO Director-General Tedros Adhanom Ghebreyesus on January 21 to request that he withhold information about human-to-human transition and delay the declaration of a global pandemic, according to German magazine Der Spiegel. The news comes amid rising sentiment that China should be held financially responsible for the pandemic.

“The BND’s verdict is harsh: At least four, if not six, weeks have been lost in Beijing’s information policy in the fight against the virus,” Der Spiegel reported.

The developments from German intelligence caught the attention of U.S. politicians investigating China’s handling of the coronavirus as well.

“We are still working to confirm this reporting. But if it turns out to be true, it’s further proof Director-General Tedros conspired with the Chinese Communist Party in their cover up and is not fit to lead the WHO,” Texas Republican and Chairman of the House China Task Force Michael McCaul told the Daily Caller.

BND is the native German acronym for its Federal Intelligence Service. Four to six weeks of additional preparation time could have avoided the global pandemic entirely, according to a study published in early March. Researchers at the University of Southampton found that if China had acted and gone public with its information just three weeks sooner, it could have reduced spread of the disease by as much as 95%.

The U.S. intelligence community similarly concluded by mid-March that China had been falsifying its data on both coronavirus cases and deaths in its outbreaks in Wuhan and elsewhere.

The Chinese government’s official tally puts the Wuhan death toll at roughly 3,500, but evidence indicates the true number is around 40,000.

President Donald Trump’s administration has been very critical of China’s handling of the pandemic, saying it should face punishments if it is found to have “knowingly” contributed to the spread of coronavirus.

The White House did not immediately respond to a request for comment from the Daily Caller.