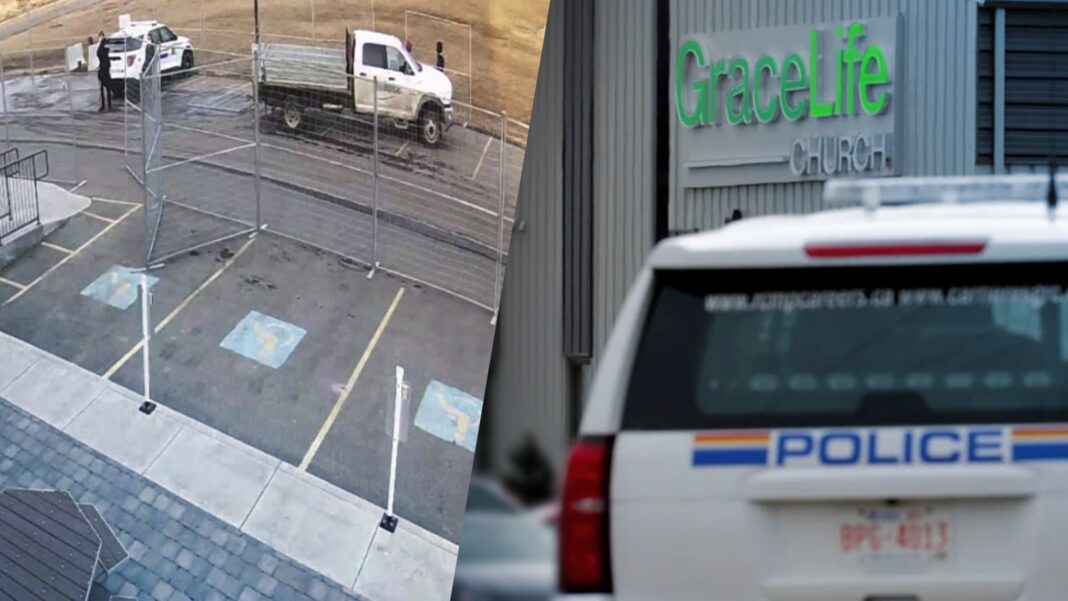 Police have placed roadblocks and fencing around GraceLife Church in Edmonton, Alberta in an effort to prevent worshippers from accessing the building.

According to The Post Millennial, law enforcement officers descended upon the property early Wednesday morning.

The exact reason for the blockade is unknown at this time.

GraceLife made headlines earlier this year after the church’s pastor, James Coates was jailed for holding in-person worship services amid ongoing pandemic restrictions.

As CBN News has reported, after spending a month behind bars for violating the government’s capacity mandates, Coates was released from jail on March 29.

The wife of Pastor Coates took to social media in response, saying, although they may have blocked off the area and chained the doors, the “Church isn’t a building” but instead “a blood-bought people”:

This is what happens when you have freedom of religion in a free and democratic society: they jail your pastor for freely opening the doors of the church and serving Christ’s sheep and hurting people. Now they’ve chained the doors of GraceLife Church enclosing in chain link fence. This is all under the guise of a health order. Too bad the Church isn’t a building, it’s a blood-bought people – Christ has and will prevail. We have an enemy and that enemy has been defeated by the death and resurrection of Christ. For all those who find satisfaction in this – you cannot stop the gospel. The name of Jesus Christ will go forth with even more power and conviction. The Word of God will sound out across this nation accomplishing all the work God has ordained to glorify Himself. I pray for all the pastors and Christians that still think this is about a virus and health order. Clearly, our Charter and criminal code mean nothing as long as the government can come up with a good enough story to disregard it. God have mercy on our nation. I pray for their souls. They are clearly under Your judgment.