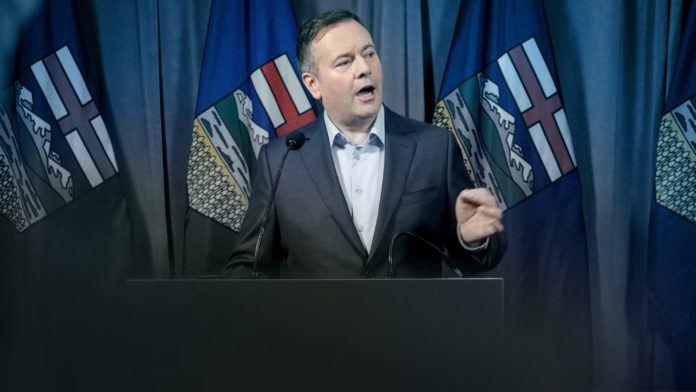 Proposed by St. Albert MLA Marie Renaud, Motion 506 stated, “Be it resolved that the Legislative Assembly urge the Government to conduct a thorough review of access to abortion services and reproductive health services in Alberta, take action to remove barriers to these services, and ensure access to safe, timely, and equitable services in all communities across the province.”

Speaking before the October 21 vote, Renaud referenced Margaret Atwood’s Handmaid’s Tale, telling her colleagues the Canadian author recently said the 1985 novel’s resurgence in popularity is because of “the bubbling up of regressive attitudes towards women.”

Atwood asserted that “control of women and children has been a feature of every repressive political regime on the planet and throughout history,” according to Renaud.

Albertans are “surrounded by wealthy special-interest groups intent on removing and restricting” a woman’s “right” to control her body, claimed Renaud, who described access to abortion in rural Alberta as “dismal.”

“Although we’re not Alabama yet, the focus is clear. We now have a rabid anti-choice Minister of Education (Adriana LaGrange) and a premier who’s been fighting to remove and restrict the right of women to exercise freedom and control over their bodies and lives for decades,” she declared.

“This new reality in Alberta is why I’m introducing this private member’s motion.”

The Alberta-based Wilberforce Project and national political lobbying group Campaign Life Coalition were among the pro-life associations to galvanize supporters to lobby against the motion.

“By seeking to ‘remove barriers’ to ‘abortion services’ in Alberta, the NDP seeks to transform abortion into a critical ‘healthcare’ item, and to force hospitals across the province to commit abortions,” Campaign Life national president Jeff Gunnarson pointed out in an October 17 action alert.

“Aside from the grave evil of facilitating the killing of even more children in-utero, this motion will also cause other problems and chaos within the healthcare system,” he added.

Moreover, Kenney’s UCP “of late have ignored social issues to the point that it is obvious to many voters that they are being ignored, and it is small things like M506, that turn into big things,” Gunnarson said.

“We need to cut this agenda off at its roots, before it grows into a towering weed!”

Cam Wilson, political director for The Wilberforce Project, echoed these concerns in an October 17 email to supporters.

“This motion calls on the government to ‘increase abortion services’ across Alberta. Not surprisingly, the real purpose of this motion is to promote abortion in rural Alberta, instead of spending those scarce healthcare dollars on real health care,” said Wilson.

“Rural Albertans know that abortion takes a life, and that real health care saves lives, it doesn’t take them.”

By all accounts, Alberta pro-lifers responded, with 65 of 87 MLAs receiving communications to vote against the motion.

The victory underscores “the value that pro-lifers win when the grassroots pro-lifers” get involved, Wilson reported in a follow-up email.

“Hundreds of emails and phone calls were made to MLAs. One MLA reported to me that he had more than 60 constituents contact him. Efforts like this convince cynical politicians to support life, and give enormous encouragement to pro-life MLAs as they do the right thing.”

Not one UCP MLA voted for the motion, and not one NDP MLA voted against it, noted Wilson.

Gunnarson lauded the premier for voting against the motion.

“We’re glad Jason Kenney did what should be done. That is, to say ‘no’ to those who want to expand abortion in Alberta. Abortion is not healthcare, it is the intentional killing of a human being. End of story,” he told LifeSiteNews.

“The overwhelming majority of votes against the motion is a sign to Albertans and the rest of Canada that Alberta’s MLA’s want no part in promoting abortion,” Gunnarson said.

“The next step should be to scrap the totalitarian bubble-zone law put in by the previous NDP government,” he added.