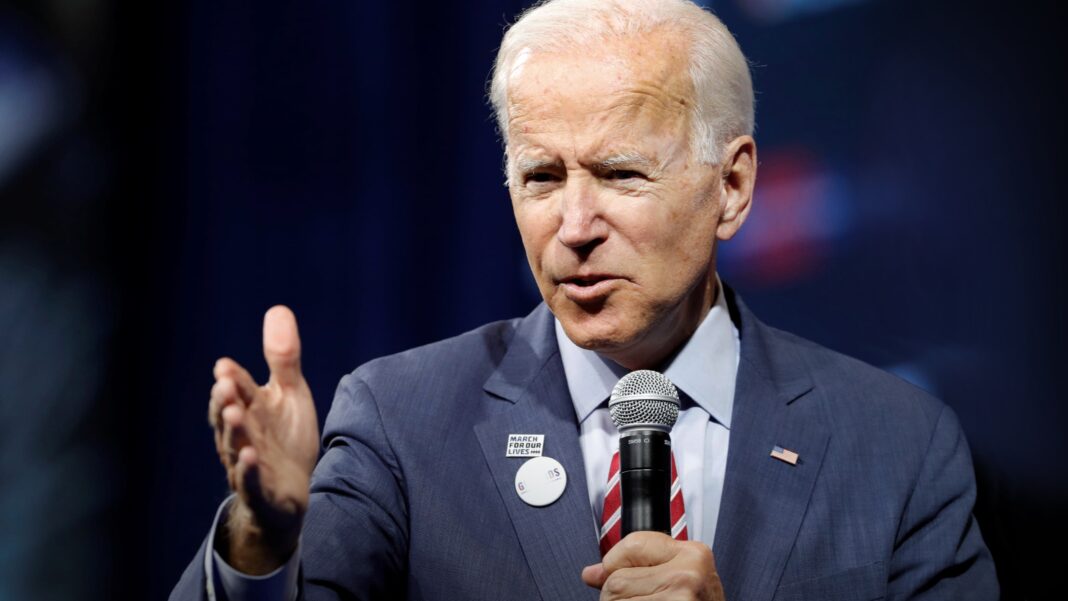 Democratic presidential nominee Joe Biden is now vowing to pass a nationwide law to make abortion a permanent legal right. He says that would be his response if the Supreme Court were to overturn Roe v. Wade, the ruling that invented a right to abortion.

The nomination of Amy Coney Barrett to the Supreme Court is causing concerns that conservatives will revoke the 1973 ruling.

When asked what action he’d take to protect women’s reproductive rights, Biden said “the only responsible response to that would be to pass legislation making Roe the law of the land. That’s what I would do.”

“Number one, we don’t know exactly what she will do, although expectation is that she may very well move to…overrule Roe,” Biden added.

In 2006, Biden claimed that he opposed funding for abortions and was “against partial-birth abortions.”

Biden’s vice presidential candidate Kamala Harris has been a staunch proponent of abortion rights and is beloved by Planned Parenthood.

“Judge Barrett has a long record of opposing abortion and reproductive rights,” Harris said. “There is no other issue that so disrespects and dishonors the work of Justice Ginsburg’s life than undoing the seminal decision in the court’s history that made it clear a woman has a right to make decisions about her own body.”

In a series of tweets on Tuesday, President Trump rebuked the former vice president’s response.

“Wow. Joe Biden just took a more Liberal position on Roe v. Wade than Elizabeth Warren at her highest. He also wants to PACK our great United States Supreme Court. This is what the Dems will do. Remember as they try changing positions before elections end. GET OUT AND VOTE!”

Trump’s reference to Biden “packing” the Supreme Court comes after some Democrat lawmakers suggested Biden increase the number of Supreme Court justices, adding more liberal justices to cancel out Barrett if she is confirmed.

In a follow-up tweet, President Trump also charged Biden and the Democratic Party with endorsing abortions that are performed at the end of pregnancy, long after an unborn baby is viable.

“Biden and Democrats just clarified the fact that they are fully in favor of (very) LATE TERM ABORTION, right up until the time of birth, and beyond – which would be execution. Biden even endorsed the Governor of Virginia, who stated this clearly for all to hear. GET OUT & VOTE!!!”

Democratic lawmakers in New York state stunned the country in January of 2019 when they passed a new abortion law, allowing abortion up to the moment of birth, also known as “late-term abortion” or “partial-birth abortion”. That move inspired a spate of similar pro-abortion laws in other Democrat-controlled legislatures in other states.

And Trump’s reference to the governor of Virginia relates to Gov. Ralph Northam publicly talking about leaving newborn babies to die without medical aid, if the doctors and parents decided the baby wasn’t worth saving – a practice also known as “infanticide”.

Meanwhile, the Senate confirmation hearings for Judge Barrett are scheduled to begin Oct. 12.  Kamala Harris sits on the Senate Judiciary Committee which holds the hearings.