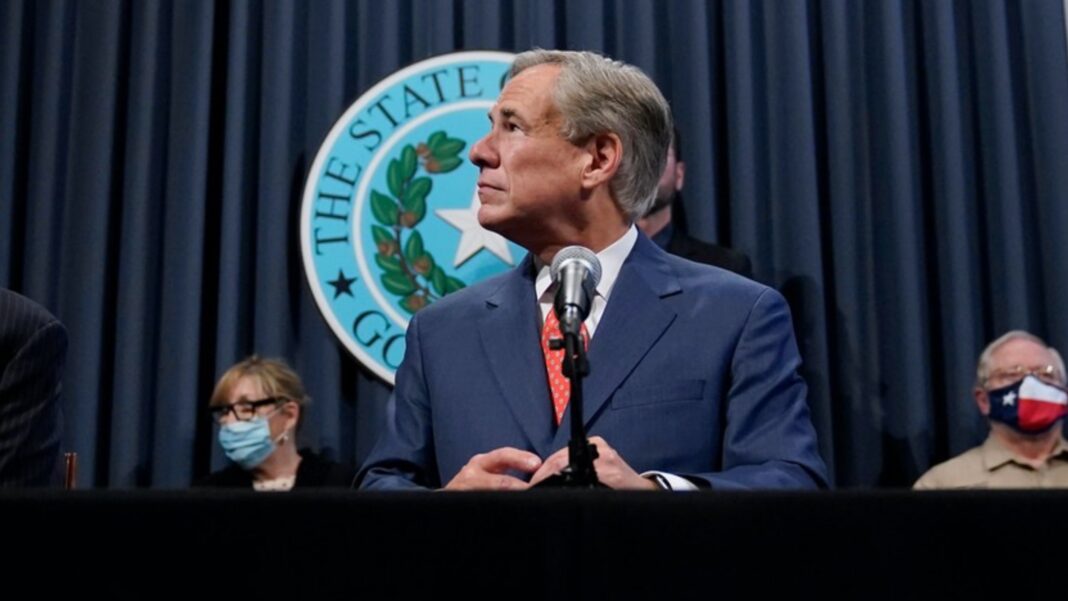 Texas Gov. Greg Abbott on Friday said he supports a new bill that aims to combat the censorship of conservative voices by social media companies.

Speaking at a press conference, Abbott warned about a “dangerous movement” across the United States to silence conservative ideas and religious beliefs. He blamed social media platforms such as Facebook, Twitter, and YouTube for contributing to that nationwide movement by “choosing which viewpoints are going to be allowed to be presented.”

“Conservative speech will not be canceled in the state of Texas,” the Republican governor said. “We see that the First Amendment is under assault by the social media companies, and that is not going to be tolerated in Texas.”

Abbott was joined by Republican state Sen. Bryan Hughes, who introduced Senate Bill 12 (pdf) on Monday, which would declare social media platforms “public central public forums for public debate,” and prohibit social media companies from blocking, banning, demonetizing, or otherwise discriminating against any user based on their viewpoint or geographic location within Texas.

“This bill will give Texans a right to get back online when they’re mistreated in that way,” Hughes said, adding that “a handful of billionaires” in the Silicon Valley shouldn’t get to play as “gatekeeper of free speech.”

The bill was referred to the State Affairs Committee on Wednesday. Once approved by the committee, it will need to clear both houses of the state legislature before heading to the governor to be signed into law.

Texas’s legislative effort to limit the power of Big Techcame weeks after Florida Gov. Ron DeSantis, a Republican, announced his support for a bill that aims to give users more control over their data.

The proposed legislation, formally called the Florida Information Protection Act, would require tech companies to explain in detail to users exactly what information is being collected, and ultimately allow the users to decide what kind of information can be collected or sold to advertisers for a profit.

“In Florida, we’re gonna make sure consumers are in the driver’s seat to make that decision, not Silicon Valley or other global companies who are far more focused on their profits than on your privacy,” DeSantis said at a Feb. 15 press conference.