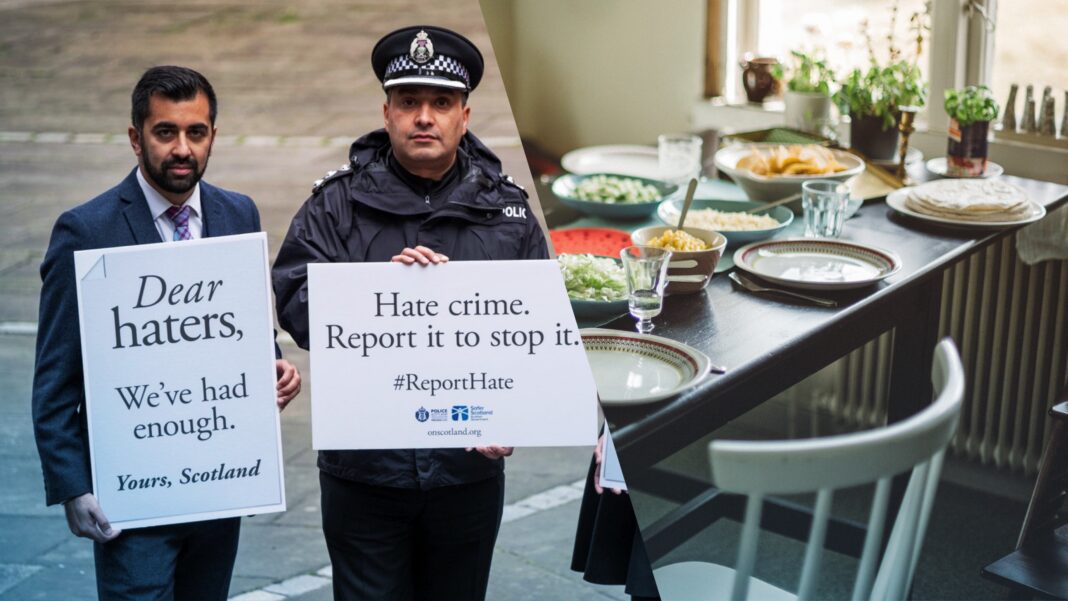 Scotland’s new odious hate crime bill would go so far as to criminalize dinner table conversations if their ‘offensive’ content is reported to police.

“Conversations over the dinner table that incite hatred must be prosecuted under Scotland’s hate crime law,” reports the Times.

Such conversations were previously protected under the Public Order Act 1986, which includes a “dwelling defense” that shields conversations that take place in private homes from being prosecuted, however, that would be removed under the new law.

Critics have argued that the vague term “stirring up hate” could be broadly interpreted and could lead to people like JK Rowling facing criminal charges and up to seven years in prison for expressing views about transgender issues.

It also has dire implications for comedy and freedom of speech, given that anyone could choose to take offense to anything and complain that they have experienced “hate.”

Justice Secretary Humza Yousaf said journalists, writers and theater directors could also be dragged into the courts if their work is deemed to have stirred up “prejudice.”

To get an idea of Yousaf’s mentality, he previously gave a speech to the Scottish Parliament in which he complained that the vast majority of senior positions in Scottish authorities were filled by white people.

“This is what happens when fallible sinful man acts as his own god. Who decides what “hate” is? It’s subjective without an absolute authority,” Ken Ham said in response to this hate crime law.

“Thus says the Lord: ‘Cursed is the man who trusts in man and makes flesh his strength, whose heart turns away from the Lord'” (Jeremiah 17:5).