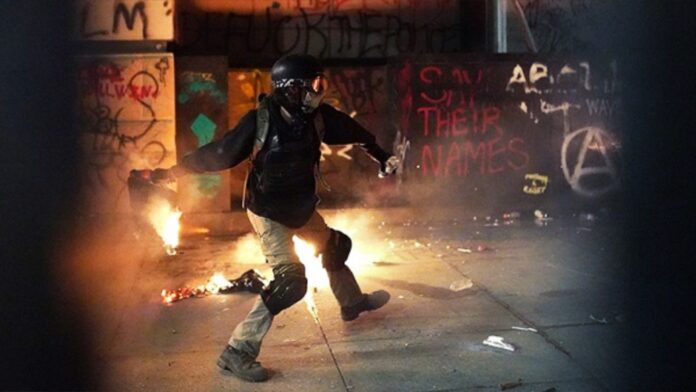 In the neighborhoods of Portland, where protesters and police have clashed for days with no end in sight, many residents say living near the protests feels similar to “living in a war.”

KGW reported that protesters have targeted the Portland Police Association headquarters located on N. Lombard Street. Oftentimes, these protesters have set fires and committed vandalism, leaving the police with no choice but to respond with tear gas.

The whole exchange is taking its toll on local residents.

“It feels like we’re living in war,” said Marta Guembes, who has lived off N. Lombard for more than 20 years.

Guembes, who supports the Black Lives Matter movement, said she does not support the destructive behavior she had witnessed at the police association headquarters or those responsible for carrying it out.

On Monday night, police declared a riot and arrested 25 people after hundreds of rioters targeted the empty police union building. Some of the rioters set fires outside the building while others pulled down chain-link fence to block traffic.

Neighbor Gus Stewart said he is ready to see the tear gas dispersal come to an end.

“I definitely don’t like that being so close to the neighborhood,” said Stewart.

Police said Monday marked the 22nd night a riot had been declared in Portland since protests began in May.

Portland Police Chief Chuck Lovell said the riots are taking a toll on police resources and response time to other matters because when the protests end, the officers are still on duty for other calls.

“When this dissipates at one, two in the morning, [officers] are back out answering calls for service,” said Lovell. “So the same folks that are getting pelted with rocks and motors, they’re the same ones that brush their uniforms off and go take the welfare check, go see about the domestic violence victim and things of that nature.”

Breitbart News reported that the riots are causing a backlog of 100-plus calls for help. Some of the rioters also threatened residents in their homes, taunting them by telling them to “come out into the streets.” 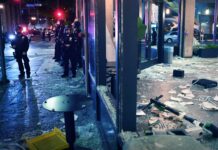 Culture Of Lawlessness: Seattle Considering ‘Poverty Defense’ Exempting Criminals Based On Their Needs 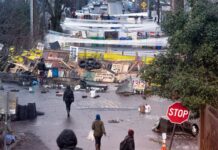