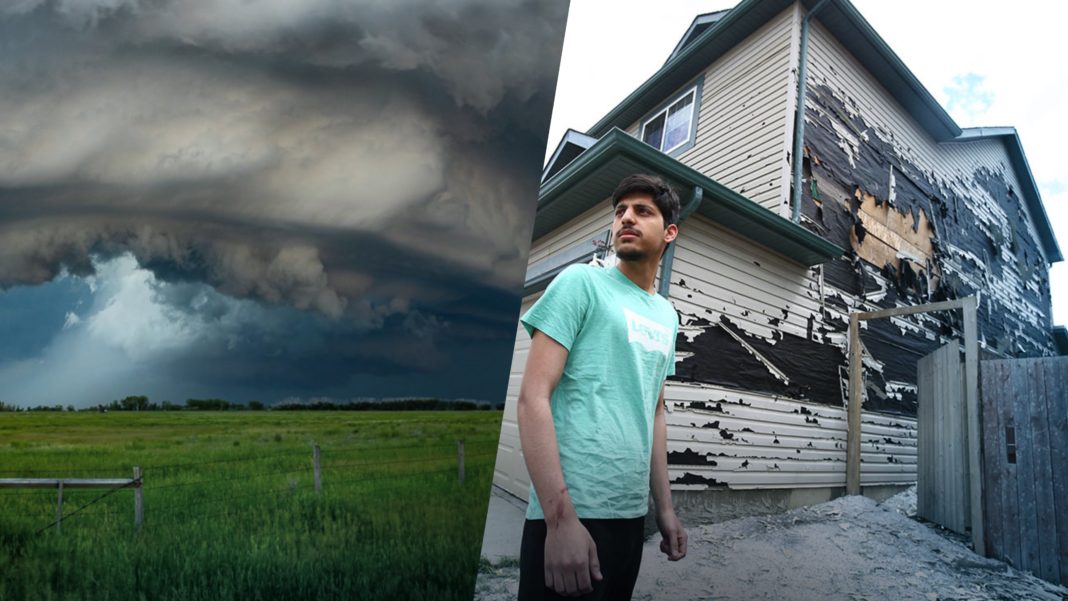 Severe weather blasted through the Calgary metro area on Saturday, dumping tennis ball-sized hail that punctured the siding of homes and unleashed flash flooding on the region.

The severe thunderstorms rolled through southern Alberta around 6:30 p.m. on Saturday, spurring emergency alerts from weather officials as tornadoes were also reported in the area.

In Calgary, officials said the worst impacts from the storms were in the northern part of the city, where heavy rainfall and “severe hail” led to a “high level of call volumes” to 911.

George Chahal, city councilor for Ward 5 in Calgary, said his neighborhood was “devastated” by hail and rain.

“There has been catastrophic damage inflicted on houses and vehicles, and major flooding on many streets,” he tweeted.

Video filmed by Calgary resident Cory Gerlitz from the Skyview Ranch neighborhood showed holes and marks in his garage and on other homes and structures in the area from the heavy storm on Saturday.

“The house is a 100x worse but not going out to view right now,” wrote Gerlitz on Instagram. “Hail in the bedroom as well, broken window.”

Others also took to social media to show the storm’s damage, which included holes in siding and shattered car windows.

“The size of the hail is insane. Damage everywhere!” one person wrote.

Calgary Fire Department Battalion Chief Alistair Robin told CBC News that most of the aftermath of the storm would be focused on repairs and hail damage claims.

“There’s significant damage for sure in the northeast with some houses, the siding on the exposed side of the house completely taken off the house,” Robin told the CBC.

Besides severe hail, flash flooding trapped drivers around the city as the water quickly rose.

On Sunday, officials said many roads remained blocked by abandoned vehicles or pooling water after the storms.

“We are working with tow truck drivers to clear away all abandoned vehicles,” police said.

Total damages from the severe weather could reach up to $100 million, according to CBC.

A Canadian church was ordered to pay $83K by the Ontario Superior Court of Justice following an in-person church service in January.
Read more
Canadian News

The gov’t has intentionally designed the law to expand over time. What‘s worse is that Canadians have bought the government’s lies.
Read more
Asia