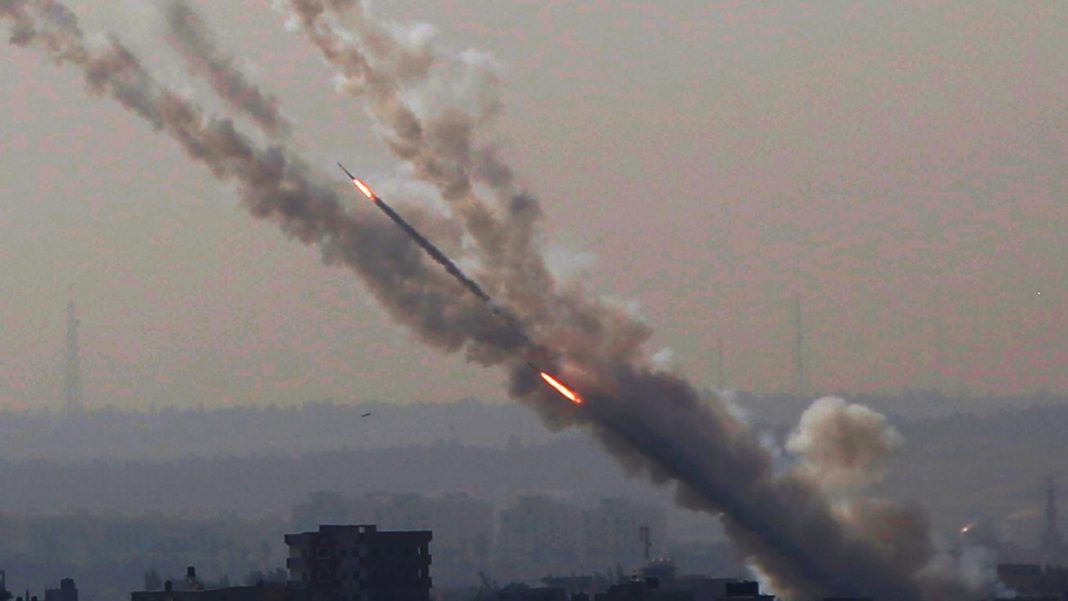 Rocket sirens wailed in Israeli communities near the Gaza Strip Friday night, with the army saying a rocket launched from the Palestinian territory exploded in an open field in Israeli territory.

There were no reports of casualties or damage in the attack.

In response an IDF aircraft struck a Hamas military post in the northern Gaza Strip, the army said.

The launch came hours after a Palestinian teenager was reported killed by Israeli troops during a protest near the Gaza-Israel border.

The Hamas-run Gaza health ministry reported that 16-year-old Fahed al-Astal was shot in the stomach and that five others were wounded. No official demonstrations were held Friday. An Israel Defense Forces spokesman said some demonstrators had approached the border fence and attempted to sabotage it. Troops responded with less-lethal means as well as some live fire.

On Tuesday, terrorists fired two rockets at southern Israel as Palestinians marked a “day of rage” in response to a recent decision by the United States supporting Israeli settlements. One of the projectiles was shot down by the Iron Dome missile defense system. The second appeared to strike an open field in the Sha’ar Hanegev region of southern Israel.

The IDF launched airstrikes on Hamas targets in Gaza in response.

A day earlier, a mortar shell from Gaza landed in southern Israel.

For the third straight week, the territory’s Hamas rulers canceled the regular Friday protests for fear of instability. This was followed by two days of fighting between Israel and the smaller Palestinian Islamic Jihad terror group earlier this month.

Also on Friday, an Islamic Jihad operative died of wounds he sustained during the last round of fighting.

According to the Kan public broadcaster, organizers insisted that the cancellation of this week’s demonstration “has nothing to do with the recent understanding reached with Israel” and the measure was taken to “protect” Palestinian protesters from Israeli troops at the border.

Last Friday a Lebanese newspaper reported that the committee responsible for organizing the protests was discussing whether to reduce the frequency of the demonstrations.

There is a discussion about “rolling back the marches to once a month or during national occasions,” a source in the committee told the pro-Hezbollah al-Akhbar outlet, noting a decision on the matter had not been made yet.

During the escalation in tensions, the Al-Quds Brigades, Islamic Jihad’s armed wing, fired some 450 rockets and mortars at Israel, which responded with many retaliatory strikes in Gaza.