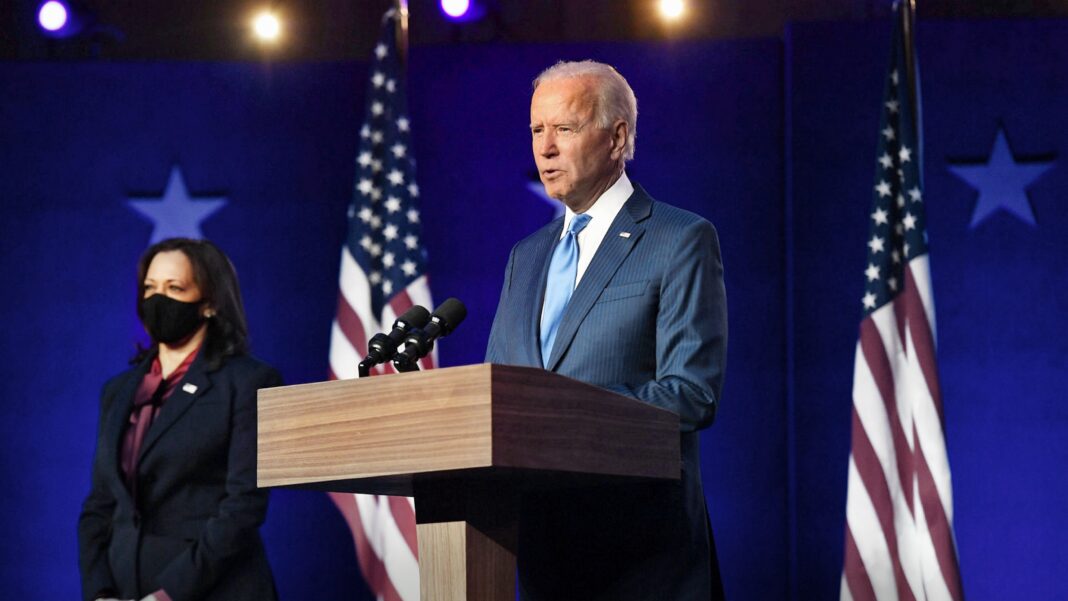 Through a series of executive orders, Biden’s radical and godless measures seek to undo all of President Trump’s pro-family, pro-Christian, anti-globalist, and pro-freedom efforts.

President Donald Trump spent much of his four years in office undoing his predecessor’s policies, and president-elect Joe Biden is reportedly set to do the same.

Biden is prepared to sign more than 10 executive orders in his first day in office, orders that will permit rejoining the Paris climate accord and cancel the travel ban on some majority-Muslim countries that Trump put into place, according to a memo from incoming chief of staff Ron Klain obtained by The New York Times.

In addition, Biden will sign executive orders to freeze evictions and defer student loan payments amid the COVID-19 pandemic. He’ll also issue a mask mandate on all federal property in an effort to stem the spread of the virus.

“During the campaign, President-elect Biden pledged to take immediate action to start addressing these crises and build back better,” Klain wrote in the memo. “As president, he will keep those promises and sign dozens of executive orders, presidential memoranda, and directives to Cabinet agencies in fulfillment of the promises he made.”

On Thursday, which will be Biden’s first full day in office, Biden is expected to sign more COVID-19-related executive actions to order schools and businesses reopened under new federal health guidelines. In the days that follow, Biden will announce a plan to reunite families separated by federal law enforcement at the U.S.-Mexico border, unveil criminal justice reform proposals and announce new strategies to battle climate change.

The day after Biden is inaugurated, Klain said he will “sign a number of executive actions to move aggressively to change the course of the COVID-19 crisis and safely re-open schools and businesses, including by taking action to mitigate spread through expanding testing, protecting workers, and establishing clear public health standards.”

Klain said that “these actions will change the course of Covid 19, combat climate change, promote racial equity and support other underserved communities, and rebuild our economy in ways that strengthen the backbone of this country: the working men and women who built our nation.”

“While the policy objectives in these executive actions are bold, I want to be clear: the legal theory behind them is well-founded and represents a restoration of an appropriate, constitutional role for the president,” he said.

Last week, Biden announced a $1.9 trillion stimulus package to help Americans struggling through the pandemic. A House-approved bill to provide Americans with $2,000 checks failed last month in the Republican-controlled Senate, but Democrats are set to take over control of that chamber on Jan. 19.

Klain said the Biden agenda faces “a moment of profound crisis for our nation.” “We face four overlapping and compounding crises: the Covid 19 crisis, the resulting economic crisis, the climate crisis, and a racial equity crisis. All of these crises demand urgent action.”

Biden’s first orders will aim to “prevent other urgent and irreversible harms, and restore America’s place in the world,” Klain said.