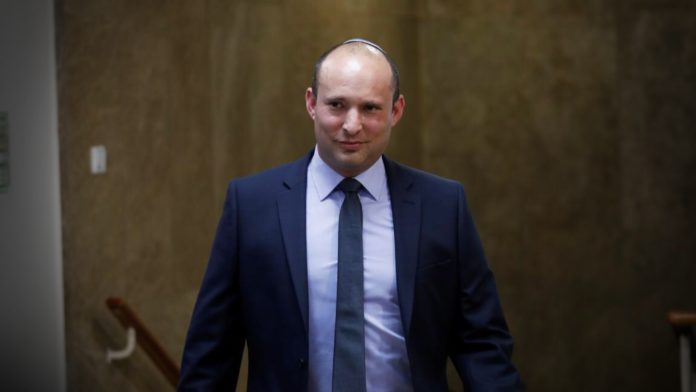 “We did it yesterday, and we will not hesitate to act in the future,” the new defense minister said.

Any terrorist who plans to attack Israelduring the day will not survive the night, Defense Minister Naftali Bennett threatened on Wednesday, just a day after formally taking up his new role.

Bennett entered the Defense Ministry on Tuesday at 11 a.m., a few hours after Israel assassinated Palestinian Islamic Jihad terrorist Bahaa Abu al-Ata in a targeted killing in the Gaza Strip.

“Yesterday morning, the IDF and the security forces took vital action for the security of Israel,” Bennett  said, the first public remarks he made in his new role. “He acted against the citizens of Israel and he was eliminated.”

Al-Ata’s assassination, the defense minister said, should send a “clear message to all of our enemies: Whoever plans to hurt us during the day, cannot be sure that he will make it through the night.”

He noted that the IDF commanders, headed by Chief of Staff Lt.-Gen. Aviv Kochavi, alongside other intelligence and security agencies, were doing all they could to ensure Israelis sleep peacefully at night.

Bennett began his term as defense minister with a week left before Blue and White leader Benny Gantz’s mandate to form a government is set to expire next Wednesday. If a new government is formed, Bennett could find himself out of the 14th floor of the Defense Ministry in Tel Aviv. If Israel goes to new elections, he is expected to remain in the role for at least the next five-to-six months.

Earlier Wednesday, Environment Minister Ze’ev Elkin of Likud spoke about the Gaza violence. He claimed on Channel 12 that Israel had achieved its goal in the current round of fighting.

“Our mission this round has been achieved,” he said. “One of the top terrorists in the Gaza Strip, Bahaa Abu al-Ata who was responsible for firing at us for a long time and blasted the attempts to calm the Gaza Strip, is no longer with us.”

He added that Israeli deterrence was restored following al-Ata’s elimination.