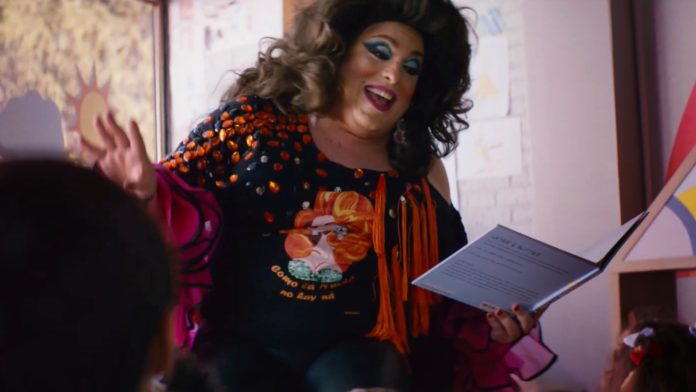 If you think it’s “too much” to celebrate sexualized men dressed as women reading to children at public libraries, that’s just “too bad,” contends health-care insurance giant Kaiser Permanente in a new ad.

Titled “To Them We Say,” it begins with a voiceover saying, “There are those who will say that you are … too fat … too skinny … too old,” Newsbusters reported

It eventually shows a drag queen reading and dancing for laughing children before intoning “too much.”

Meaning, there are “those who will say” drag queens reading to children is “too much.”

The performing drag queen is meshed between scenes of healthcare workers, army soldiers, judges and a fashionable elderly woman, among others, reports Newsbusters.

The ad ends with the voiceover telling the viewer “to them we say ‘too bad.'”

“At Kaiser Permanente, we believe everybody deserves the right to thrive.”

With the help of the American Library Association, drag queen story hours have been held at public libraries across the nation amid local strong opposition.

A drag queen reader in Houston was found to be a convicted pedophile. And Newsbusters noted another admitted in front of his local city council that drag queen story hour was a form of “grooming.”

Newsbusters, a service of the Media Research Center, commented that it’s “corporate advertising once again soft-pedaling a radical left-wing sexual agenda by integrating it into what seem to be benign, everyday advertisements.”

“To all those parents and taxpayers who are fighting this latest insidious form of child sexualization, Kaiser Permanente literally says, ‘Too bad.’