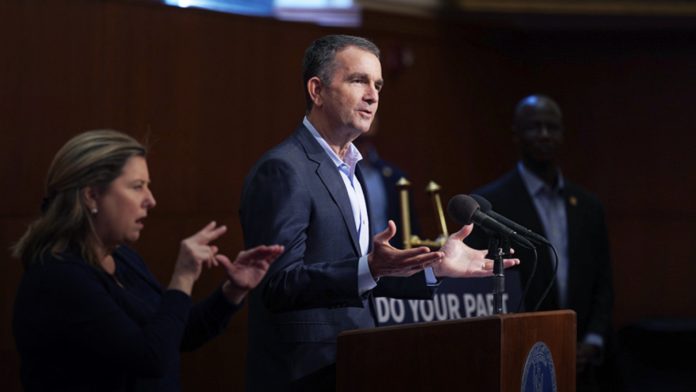 Virginia Gov. Ralph Northam (D) announced on Good Friday that he signed into law a bill his new Democrat majority rushed to approve, one that repeals most restrictions on abortion in the state.

Northam minimized the extremity of the Reproductive Health Protection Act, referring in a press release to the restrictions on abortion that are now repealed as “anti-women’s health laws.”

“No more will legislators in Richmond—most of whom are men—be telling women what they should and should not be doing with their bodies,” Northam said in an accompanying statement. “The Reproductive Health Protection Act will make women and families safer, and I’m proud to sign it into law.”

Senate Bill 733 and House Bill 980, which are identical pieces of legislation, rescind the required 24-hour waiting period, ultrasound, and counseling prior to having an abortion.

In addition, the measures allow non-physicians to perform abortions and roll back building safety standards in abortion clinics that are required of other outpatient facilities, restrictions Northam and Democrats say are used to force closures of abortion facilities and block access to the procedure.

Democrats said all of the abortion restrictions are unnecessary and make access to abortion more burdensome.

Catherine Glenn Foster, president & CEO of Americans United for Life (AUL), referred to the legislation as “horribly destructive,” and one that “will undermine the role of law to protect and guide.”

Foster said in a statement sent to Breitbart News:

This bill lowers the basic, common sense health and safety standards that abortion facilities must meet, degrades women’s care, and will result in unsafe abortionists operating with even more impunity.

The most heartbreaking part of this travesty to me personally is its repeal of the lifesaving ultrasound requirement in Virginia. When I went in for my abortion, scared and only 19 years old, I was denied the option to see the ultrasound of my baby. I asked, but the abortion worker said no. Now women all over the commonwealth of Virginia will be denied that basic right as well. It would have changed the course of my life. Women deserve better.

Northam, a pediatric neurologist, created a firestorm and ushered in a national debate about infanticide in late January 2019 when he defended the bill introduced by Democrat Delegate Kathy Tran that would permit terminating the life of an unborn child, even if a woman decides to abort as she is dilating.

Northam said, under the bill, if an infant survives abortion:

AUL’s Foster said Northam “should have been removed from office last year after he stated clearly and directly that when a child is born alive during an attempted abortion, she could be denied basic care and compassion, and left to die alone”:

He should have resigned from office a few days later when his racially insensitive actions came to light. Since neither his indifference towards the lives of newly born infants nor towards his fellow, minority citizens were enough to make Gov. Northam make the decent choice to leave office, we are now left with the devastating outcome that he has signed Virginia’s so-called “Reproductive Health Protections Act”—a fallacious name in every conceivable way since it only seeks to put women in more danger as it destroys community protections.

Her colleague in the House, Majority Leader Charniele Herring, said, “Simply, this bill rolls back restrictions that are not evidence-based … I’m glad to see this bill signed into law.”