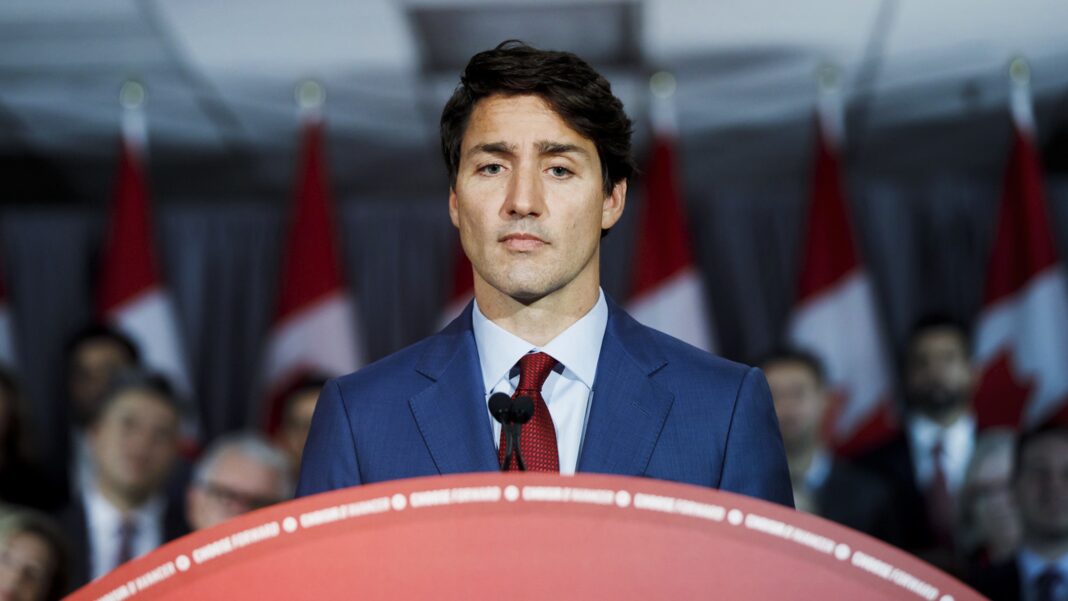 The Canadian government under Liberal Prime Minister Justin Trudeau has promised to ram through many pieces of controversial legislation before the new year, including some targeting free speech and internet rights.

Government House Leader Mark Holland said Monday that the Liberals have many bills to get through in the 20 sitting days left in the House of Commons before the Christmas break.

He then made a threat that his party will not “tolerate a lot of obfuscation or political games.”

According to Blacklock’s Reporter, Holland said bills such as the controversial C-10 have already had “significant debate” both “in and out of the chamber in some cases.”

“I think Canadians expect us to hit the ground running,” he claimed.

The Trudeau government in recent months attempted to pass laws that many have called out as attacks on free speech, internet and parental rights.

However, after Trudeau called an election in August, the most controversial legislation, those being Bills C-36, C-10, and C-6, despite passing in the House of Commons, died.

Bill C-10, known as “An Act to Amend the Broadcasting Act,” drew  fire for  its targeting of user-generated content  on social media platforms.  It  failed to pass  the Senate  during the last day of debate on June 29, before the upper chamber broke for the summer.

Bill C-36  was  introduced by Justice Minister David  Lametti  just before Canada’s House of Commons  closed  for summer  break. It is titled  “An Act to amend the Criminal Code and the Canadian Human Rights Act and to make related amendments to another Act (hate propaganda, hate crimes and hate speech).”

It targets bloggers and social media users  for speaking their minds.  If passed, the bill would theoretically allow a tribunal to judge anyone who has a complaint of “online” hate against them to be in violation of the new law.

Bill C-6, often referred to as a “conversion therapy” ban, has been  called  a “disgraceful” attack on parental freedoms by family groups.

The bill  passed Canada’s House of Commons  in late June with full support from the Liberal, New Democrat, Green, and Bloc Quebecois MPs. Only 63 Conservative Party (CPC) MPs voted against the bill, with 51 in favor of it.

Recently, as well, Canada’s  federal government  released plans  to create a “Digital Safety Commissioner” who would have the power to shut down websites deemed a threat to “democracy” and to promote content deemed “harmful.”

In a recent interview, Nova Scotia Senator Michael MacDonald said that he has “a lot of problems with a handful of elites deciding what you can see and what you can read.”

“We already have laws on objectionable content,” adding that he finds Bill C-10 “Orwellian.”

MacDonald was one of the few senators who called out Erin O’Toole’s Conservative Party of Canada’s poor showings in the 2021 election. He said it is now “necessary” to review O’Toole as party leader.

Pablo Rodriguez, Canada’s new Heritage Minister, said Tuesday that “C-10 is a top priority,” adding that he is in “discussions with stakeholders” about it.

Rodriguez told a reporter this week that C-10 has “nothing to do with free speech.”

“I mean, as I always said before, my door is always open. I had an initial discussion with my Conservative counterpart, and I think we can work together to make this happen,” Rodriguez said.

In October, Rodriguez promised that the Liberals would “table important bills in the first 100 days and that includes the broadcasting bill.”

During the final debate of Bill C-10 this summer, well-known Canadian author and Senator David Adams Richards, who was appointed by Trudeau in 2017, blasted the controversial legislation in  an impassioned speech.

“I will always and forever stand against any bill that subjects freedom of expression to the doldrums of governmental oversight, and I implore others to do the same,” Richards said.

“I don’t think this bill needs amendments; I think, however, it needs a stake through the heart.”

Canadian Senator Pamela Wallin also  took aim at how Bill C-10 was pushed through Canada’s House of Commons. She said it was passed in “kangaroo-court” style, and in late June vowed to fight its passage in the senate chambers.

Bruce Pardy, a law professor, in a detailed article published to the Fraser Institute, explained the ramifications of Bill C-10 on Canadians freedom of expression.

“You make a video and post it on YouTube. Nobody watches it. It does not pop up on searches or on ‘recommended’ lists. YouTube has buried your video, not on its own initiative, but at the direction of the Canadian Radio-television and Telecommunications Commission (CRTC)—perhaps because your video was not ‘Canadian’ enough or because its message offended government policy,” he described. “If Bill C-10—which authorizes the CRTC to regulate online media platforms such as YouTube, Facebook and Spotify—becomes law, this is a scenario Canadians could face in the not-so-distant future.”

“Bill C-10 will not directly regulate individual Canadians who use those services but will regulate the content they post and thus empower the CRTC to require tech companies to do the dirty work,” Pardy explained. “The companies will regulate their users and manipulate the ‘discoverability’ of content in accordance with CRTC policies. Bill C-10 will not supervise online speech directly, but indirectly threatens to strangle it.”

“In its original form, C-10 would not have regulated the speech of ordinary Canadians at all. The bill excluded ‘programs that are uploaded to… a social media service by a user of the service,’ meaning that the CRTC would not have had the power to supervise the content of individual users. However, in April, the heritage committee removed this exception from the bill.”

“According to Internet law guru Michael Geist, Bill C-10 is an unconscionable attack on the online free expression of Canadians, but government lawyers have dismissed constitutional concerns with a shrug,” he insisted. “An updated ‘charter statement’ from the Department of Justice acknowledges that the effect of removing the carve-out for individual users does indeed mean that their content will be subject to regulation under the act, but says that ‘unaffiliated users of social media services would not be subject to broadcasting regulation in respect of the programs they post.'”

“That’s technically correct,” Pardy wrote. “According to University of Calgary law Professor Emily Laidlaw who said, ‘The government does not propose to regulate users directly. But it does propose to regulate the platforms that then must regulate users… In other words, by outsourcing the obligation to private companies, the state does indirectly what it can’t do directly.’ That used to be a constitutional no-no.”

“Yet governments have become adept at getting around the Constitution by doing exactly that,” he continued. “Under the Charter of Rights and Freedoms, the state cannot lock you away without due process, even for public safety, yet has been quarantining asymptomatic people in the name of public health. The state cannot discriminate against religious beliefs, but the law societies of Ontario and British Columbia refused to accredit the graduates of a private religious university because they disapproved of its Christian beliefs.”

“Moreover, provinces have jurisdiction over natural resources, lands, mines, minerals, property and civil rights, but the federal government can impose carbon levies on a province in the name of ‘peace, order and good government.’ The state cannot prevent citizens from entering or leaving Canada, or impose medical procedures without consent, yet now requires returning travellers to submit to invasive tests when they cross the border. Under Section 121 of the Constitution Act, 1867, goods from any province shall be admitted freely into any other, but provinces can erect barriers that inhibit trade if that’s not their primary purpose. The Constitution does not mean what it appears to say,” he stated.

“Since its inception in 1982, the charter has been less a constitutional bedrock than a political and judicial plaything, its roster of rights having been compromised by its own text,” he explained. “Section 1 says charter rights are guaranteed subject to ‘reasonable limits prescribed by law as can be demonstrably justified in a free and democratic society,’ which the Supreme Court has said means governments can infringe rights if they do so ‘proportionately’—that is, no more than necessary to achieve their pressing objectives. The charter has become not so much a bulwark against government interference as a flexible judicial instrument for managing the priorities of the pervasive administrative state.”

“Bill C-10 is an autocratic piece of legislation. As Michael Geist put it, ‘Is there any reason for Canadians to trust that their online speech will be safeguarded?’ Worse still, the Liberals promise to introduce another bill that will police online ‘hate speech.’ Directly or indirectly, Canadians’ freedom of expression is in peril,” he concluded.

It is no coincidence that the views that are deemed unacceptable by the Liberal government are often those that align with Biblical morality. The secularization of western societies has brought with it an increasingly hostile environment for Christians.