Candace Owens: Schools Are Targeting Our Children. It’s Time To Fight Back. 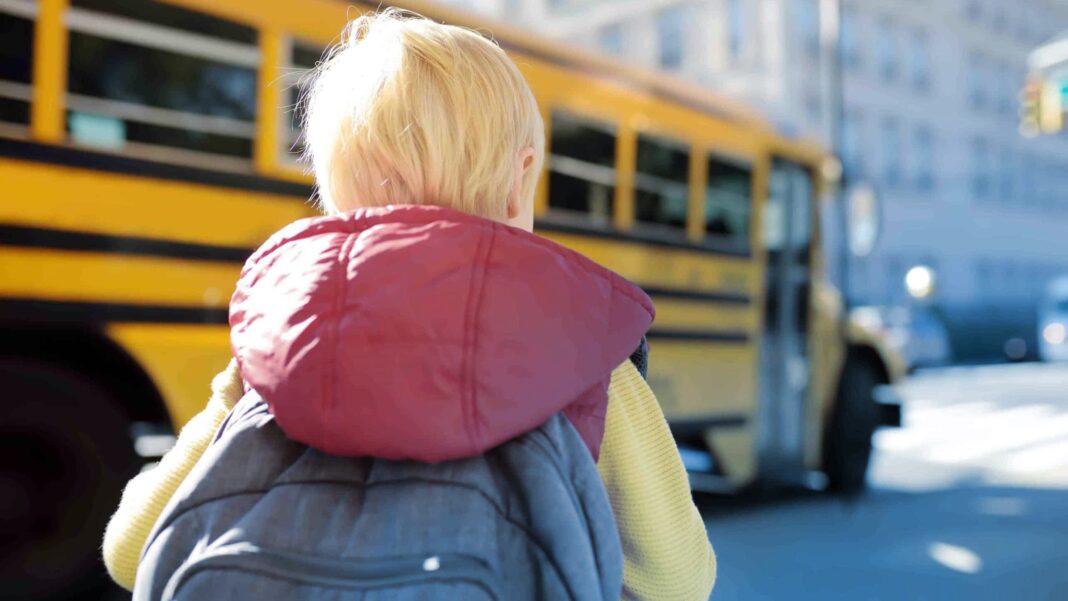 Did you know that Bill Gates is spending $1.7 Billion to “fix” the US education system? That’s so like him, right? Every time we hear about Bill or Melinda Gates, they seem to be extending their tentacles into every facet of American life, because they’re philanthropists, right? They just want to help.

So Bill Gates decided to “help” with what he views to be problematic: math. Gates says math suffers from — you guessed it — white supremacy, so he’s put forth an equitable math curriculum.

His organization, Equitablemath.org, describes the problem with math being the white supremacist notion that in order to be “right,” students must get the correct answer in class. Now, in order to foster “equity,” they want to make every answer correct in classrooms across the country.

To put it another way, they’re going to make your kids stupid in the name of fighting white supremacy and furthering equity.

This infuriates me because it’s just the latest example of perversion inside our children’s schools.  You might remember a few weeks ago when a woman named Justine Ang Fonte, a health and wellness educator at an elite private school in Manhattan, showed her first grade students a supposed “sex-ed” cartoon. The video featured conversations on  — get this —  erections and touching oneself for pleasure.

You might think this woman would be fired for such behavior. But no, the schools simply said she’s stepping down, but they’re proud of the work that had been done. In fact, the school has spoken out on her behalf.

When something of this nature happens within an institution or school, parents don’t know what to do. But if it were at the playground, they would know what to do. They would call the cops because that is a sexual offense.

Children are now being sexually offended in the classroom, and parents don’t understand that. They can’t comprehend that it doesn’t change the crime because it’s happening from a teacher. In my opinion, teachers who push such content on children should have to register as a sexual offender. If that were my child, I would have have gone to the police station, not to the school administration.

It’s time for parents to remind themselves that they are the parents.

I’m a big supporter now of homeschooling, because I think that schools are a disaster. They cannot be trusted with our children. I hear people say they can’t afford homeschooling because they have to work, and I understand the predicament. But if you’re sending your children to school because you think it’s free, you must understand something: it’s not free.

It is costing you your child’s mind. It is propaganda. It is lies. It is making them dumber. And it is sexualizing them.

It’s a huge trade off. For eight hours a day they have your children and they are turning them into whatever it is they desire to turn them into. This is something everybody should be having a serious discussion about and let me tell you, regarding home school, do you think it’s hard? You should know that our country was based upon that model. When the Pilgrims arrived at Plymouth Rock, the moms got together and they sorted things out in a community and a local level.

It is crucial that Christian parents recognize that our world has only increased in its targeting of children.

Without knowing God’s Word, a person could stand continuously puzzled as to why children are the guineapigs of numerous radical agendas. However, through the lens of the Bible, we know that there is a spiritual battle behind Children’s education.

Answers In Genesis, in their article, “Why Should We Give Our Children a Christian Education?” explained the dangers of secular education, which works tirelessly to eliminate the Biblical worldview in children:

Many Christians have no problem with, or have not thought through, the implications of sending their children to humanistic centers of learning. The goal of many humanistic educators is to purge the knowledge of Christ from your child. The likely consequence of a humanistic school system in structure and content creates students that are dependent on the government for information, purpose, direction, self-esteem, and provision. The anti-Christian results from this are clear to see, because we are told that Christianity has nothing to do with truth, God is not the source of wisdom, the government is responsible for your well-being, and that nothing is connected to anything else.

This is why we need a Biblical understanding of education. Where we are as a culture has very much to do with the fact that some forward thinking people with a multi-generational vision decided to use the education system, make it mandatory, and make it their goal to eliminate what they thought was religious superstition and to establishment a socialistic, secular worldview. We are now seeing the fruit of that.

When it comes to deciding how to educate our children, we should ask ourselves these questions: will the education that my child receives acknowledge Christ’s lordship, point them toward Christ, and form in them truths that glorify and honor Christ? Are we laying a foundation for them to withstand anti-Christian ideas and ethics when they do have to engage them? Are we spending enough time with our children to know if they are picking up ideas from the world or if they’re struggling in their faith? Are we praying for our children and living out how a Christian should live before them? Whether you send your child to a “Christian” school (some may be that in name only), a secular school (some are worse than others, but all seem to be getting worse), or teach them at home, it is sobering to think that parents ultimately are responsible for the soul of their child—making sure he or she is exposed to the truths of God’s Word, praying, and diligently working to keep them open to the work of the Holy Spirit. Consider these things carefully and prayerfully.