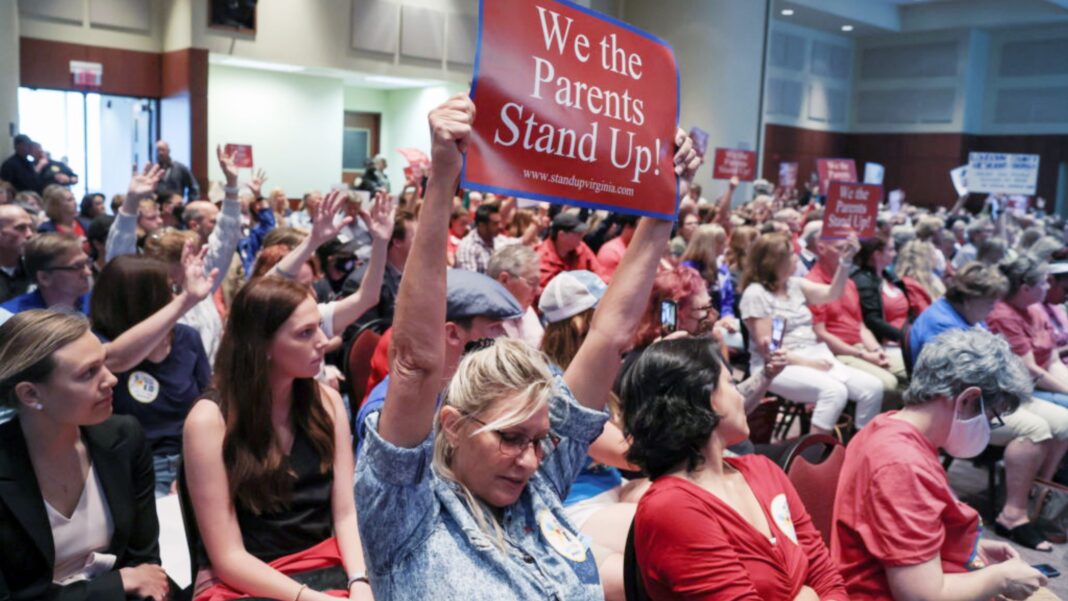 As several states have moved to ban the controversial ideology critical race theory (CRT) from public schools, thousands of teachers have pledged to continue to teach history with this perspective “regardless of the law.”

This comes as the nation’s largest teachers union has also heavily signaled support for teaching the controversial ideology in classrooms.

The Zinn Project, an organization named for the author Howard Zinn, who penned the book A People’s History of the United States, a far left take on American history, issued an open letter which was signed by 5,000 teachers and argued that the history of racism and oppression should not be omitted from America’s schools.

Laws that ban critical race theory from public schools do not seek to ban the history of slavery or race-based segregation from classrooms.

The pledge from the organization reads, “We, the undersigned educators, refuse to lie to young people about U.S. history and current events — regardless of the law.”

The letter declared that “from police violence, to the prison system, to the wealth gap, to maternal mortality rates, to housing, to education and beyond, the major institutions and systems of our country are deeply infected with anti-Blackness and its intersection with other forms of oppression. To not acknowledge this and help students understand the roots of U.S. racism is to deceive them — not educate them.”

“This history helps students understand the roots of inequality today and gives them the tools to shape a just future. It is not just a history of oppression, but also a history of how people have organized and created coalitions across race, class, and gender,” the letter, which accurately encapsulates the wildly ideological nature of critical race theory’s perspective on history, stated.

While you’d be hard-pressed to find anyone who opposes teaching our nation’s history of racism and oppression, critics of CRT take issue with the assertion that our nation was founded for the sake of defending slavery, as is the central claim of the New York Times’ debunked 1916 Project. Many have also raised concerns that CRT itself is inherently racist and say it attaches moral characteristics to skin color.

All the same, as Fox News reports, the nation’s largest teachers union, the National Education Association “has approved a plan to ‘publicize’ critical race theory and dedicate a ‘team of staffers’ to assist union members looking to ‘fight back against anti-CRT rhetoric.’’

A resolution issued by the organization calls to “join with Black Lives Matter at School and the Zinn Education Project to call for a rally this year on Oct. 14 — George Floyd’s birthday — as a national day of action to teach lessons about structural racism and oppression.”

“Publicly (through existing media) convey its support for the accurate and honest teaching of social studies topics, including truthful and age-appropriate accountings of unpleasant aspects of American history, such as slavery, and the oppression and discrimination of Indigenous, Black, Brown, and other peoples of color, as well as the continued impact this history has on our current society,” the document pledges.

“The Association will further convey that in teaching these topics, it is reasonable and appropriate for curriculum to be informed by academic frameworks for understanding and interpreting the impact of the past on current society, including critical race theory.”

Ken Ham, discussing steps being taken in Australia to ban CTR, explained that the only way to understand humanity is through the lens of Scripture:

Critical race theory (CRT) is rapidly infiltrating classrooms throughout America and the West… CRT is a worldview used as a set of lenses through which to interpret the world, but it spawns division, hate, and animosity. As believers, we should recognize the problems with CRT go deeper than that—it stands in direct opposition to the gospel and biblical teaching! As a Christian, everything needs to be interpreted through the lens of Scripture!