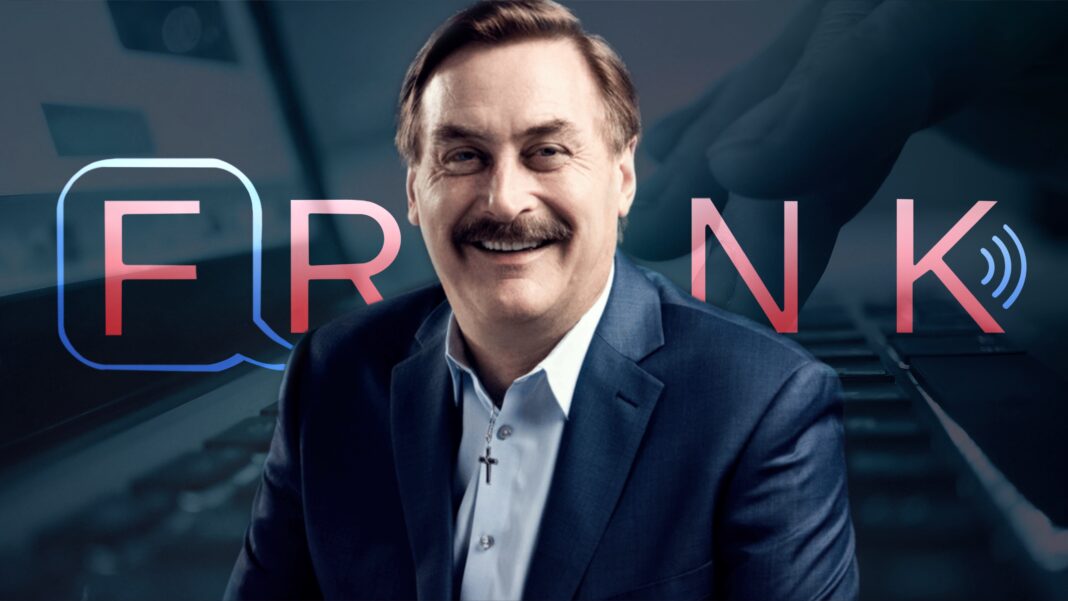 That has not stopped the platform, however, from being an incredible success. Why? Because in a matter of two days, despite most being only able to view a live-streamed “frankathon,” the platform received over two billion requests.

If those requests turn into users, Frank will have within the span of 48 hours rivaled the numbers of Facebook, which claims to have 2.8 Billion users.

“With over 2B requests in just 2-days, the Frankspeech experiment is a massive success – For you! Right now we’re working on new features – keep checking back, we’ll be up shortly!” their homepage reads.

In the past few months, the so-called “information age” in which we currently live has shifted into what could be better described as an age of propaganda.

There is undoubtedly an illusion of freedom, with each person having the presumed ability to share information worldwide with the click of a mouse or tap of a screen. But this is not the case.

These tech companies have become far too big for their britches and utterly lawless in their actions. They seek to steal, kill and destroy all opposing voices (including that of a President Trump while he was still in office) and snuff out their competition by corrupt means.

Much like the Nazis burned the books that ran against the grain of their propaganda, big tech companies seek to burn down the infrastructure of free speech platforms that do not regulate “wrong-think.”

Parler, which sought to be an alternative for the waves of conservatives leaving Facebook and Twitter en masse, was quickly obliterated by a coordinated attack by Google, Apple, and Amazon.

In a matter of a few days, they lost their servers, and they were removed from the app store and google play, leaving them a blank shell, a carcass, to serve as a warning to all those who would make another attempt.

Mike Lindell, however, did not appear to see it that way. He instead examined the brutal murder of Parler to plot a course around the big tricks of big tech.

“I’ve spent millions of dollars making it the most secure.… We’re gonna be attacked, but I have my own servers and everything,” Lindell explained. “We’re not going to be worried about Amazon taking it down, or YouTube or Google, or Apple.… We’re gonna get our voice of free speech out there.”

Big Tech companies are currently deciding who can speak and what information is allowed to be spread. The difference between “truth” and “misinformation” is determined by them and relies on their preferred, radically left narrative.

They have deemed Biblical values “hateful,” America which was founded on Judeo-Christian values they called “systemically racist,” and they have utterly disregarded the constitution and religious freedom.

“Americans are craving news and information that is not filtered through the radical worldview of today’s liberal media intelligentsia, or deep state actors,” he continued. “Frank, the voice of free speech, will be the platform for Americans who want to defend life, liberty, and all the freedoms that have marked America as the longest-running Constitutional Republic in the history of the world.”

“On this platform, you will find a home where you can post videos, Livestream television, distribute news and information, and find community and fellowship with like-minded Americans,” he declared. “Frank will be a home for major influencers, to micro-influencers, to average Americans wanting to share in the constitutional right of freedom of speech and freedom of expression. We hope you will join our community and let freedom ring.”

Conservatives and Christians have decided it is time to move on from participating in the platforms that hate them. They have been wondering the internet, until now, waiting for a social media to emerge where they could speak… Frankly.

The Bible speaks of a time in which men of “corrupt minds” would “resist the truth” and be “reprobate concerning the faith.”

2 Timothy‬ ‭3:1, 8-9, 12-13‬ ‭KJV‬‬ – “This know also, that in the last days perilous times shall come… Now as Jannes and Jambres withstood Moses, so do these also resist the truth: men of corrupt minds, reprobate concerning the faith. But they shall proceed no further: for their folly shall be manifest unto all men, as theirs also was… Yea, and all that will live godly in Christ Jesus shall suffer persecution. But evil men and seducers shall wax worse and worse, deceiving, and being deceived.”

It is the job of Christians to stand up and speak the truth no matter the opposition. Believers are to be a restraining force, being the salt and light in an increasingly dark world (Matthew 5:13-16)

For this reason, we urge continued prayer for Frank Speech as they stand up in direct opposition of those who seek to silence facts and Biblical truth.