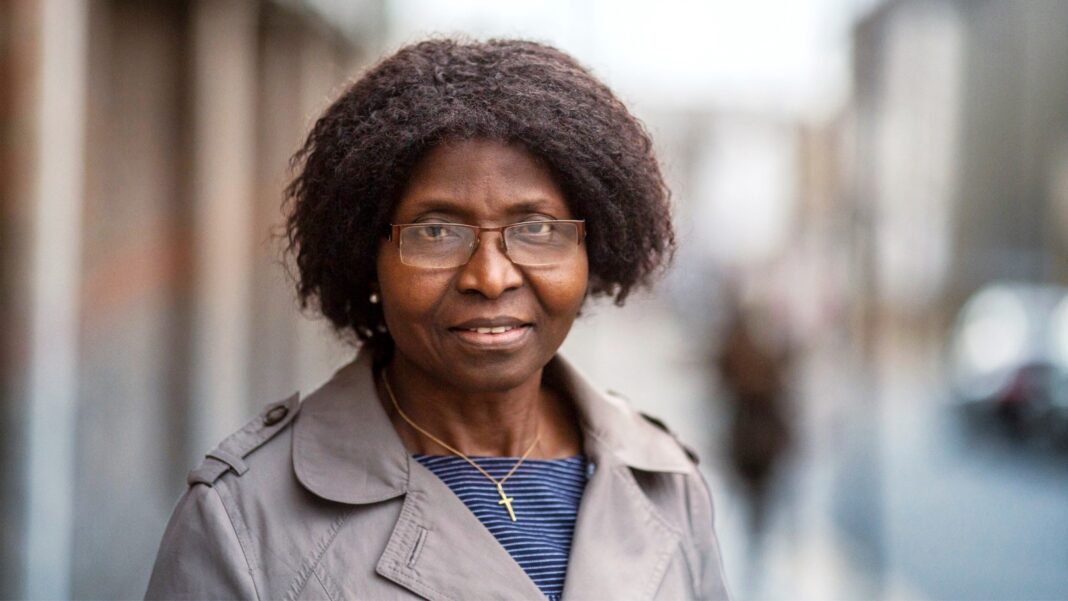 Mary Onuoha, a nurse formerly employed at Croydon University Hospital in Thorton Heath, England, has been “bullied” out of her position after years of pressure from hospital management.

“This has always been an attack on my faith,” Mrs. Onuoha said, “My cross has been with me for 40 years. It is part of me, and my faith, and it has never caused anyone any harm.”

Mrs. Onuoha, who became a nurse after her brother died from lack of medical care, moved from Nigeria to England in 1988 and began working at Croydon University Hospital in 2002. She wore her plain gold cross around her neck for years without complaints by either staff or patients.

In fact, when patients did remark on her necklace, they often expressed appreciation. “Patients often say to me ‘I really like your cross.’ They always respond to it in a positive way and that gives me joy and makes me feel happy. I am proud to wear it as I know God loves me so much and went through this pain for me.”

However, starting in 2015, hospital managers began to tell Mrs. Onuoha to remove or cover up her cross, which she refused to do. While the hospital cited safety concerns for the request, Mrs. Onuoha said other women who wore necklaces, bracelets, and other loose clothing were never asked to change.

“At this hospital there are members of staff who go to a mosque four times a day and no one says anything to them. Hindus wear red bracelets on their wrists and female Muslims wear hijabs in theatre. Yet my small cross around my neck was deemed so dangerous that I was no longer allowed to do my job.”

The matter came to a head when, in 2018 in the middle of a surgery Mrs. Onuoha was helping oversee, a hospital manager came into the surgery room and told her to conceal or take off her cross necklace. As a surgery was currently going on, Mrs. Onuoha refused both to hide her cross or leave her patient to store it. Mrs. Onuoha also noted how, in the very same surgery, the anesthetist wore a blue pendant and earrings but was never told to cover her jewelry or change.

“I was astonished that senior staff were prepared to potentially endanger a patient’s life in order to intimidate me to remove it,” Mrs. Onuoha said.

Later that year, Mrs. Onuoha was demoted from her position as a nurse to a receptionist and told that if she did not comply by hiding or removing her cross, there would be an internal investigation. Despite feeling humiliated and losing the job she loved, she still refused to remove her cross. Given further pressure by hospital management and the internal investigation, she was forced to take “stress leave” in June 2020.

“From a young age I naturally always wanted to care for people – it was in my blood. All I have ever wanted is to be a nurse and to be true to my faith. I am a strong woman, but I have been treated like a criminal. I love my job, but I am not prepared to compromise my faith for it, and neither should other Christian [National Health Service] staff in this country.”

Mrs. Onuoha, represented by the UK religious liberty group, Christian Concern, appeared on October 5 before the Croydon Employment Tribunal to begin her suit against the hospital.

The Cross: A ‘Rock Of Offense’ to the National Health Service?

Roger Kiska from the Christian Legal Centre, which is supporting Mary Onuha, stated that her case is obvious discrimination as the hospital clearly “singled out the cross.”

“The argument is, at the employment tribunal, that this is a clear case of discrimination, that they have singled out the cross as something that cannot be worn, but other jewelry is fine.”

When asked if he believed hostility towards Christians in Britain is growing, Kiska stated that “over the last two or three years” the legal center he works for, which focuses on the religious freedom of Christians being violated, has “seen an exponential increase in the number of inquiries.”

“It is troubling that Christians simply for manifesting their faith are getting punished. Whether it be through employment, street preachers being arrested, university clubs with Christian ethos like pro-life clubs being told they cannot be on campus anymore. So it is very troubling indeed.”

He went on to explain that although the UK Government is trying to intervene in some of the Christian persecution abroad, “they’ve largely ignored the fact that intolerance towards Christians is greatly on the rise in the United Kingdom.” He further added that the law protects the rights of Christians, and it is vitally important that Christians “know [their] rights.”

Andrea Williams, Chief Executive of Christian Concern, described what it was like in court in a “Round the Table” discussion. Williams explained that the “courtroom had many witnesses from the NHS Trust” and “almost 2,000 pieces of paper” all to “justify why they had removed a high ranking nurse such as Mary from her role, all for wearing that little cross.”

Interestingly enough, after arguing that the necklace poses a risk to public health, they stated that a compromise could be made in which Mary would use a longer chain. As Williams pointed out this “bizarre” suggestion not only contradicts their argument but shows that their main goal is to hide the cross.

They even suggested she “hide the cross in her bra” or wear the chain backward and put the cross over her back, according to Williams.

“I think that it really can only be understood as something that is spiritual. The offense is actually the cross itself,” she concluded.

In 1 Corinthians 1:18, we read that “the preaching of the cross is to them that perish foolishness; but unto us which are saved it is the power of God.”

This is also reiterated through 1 Peter 2:7-8, which states that Jesus Christ to the Believer “is precious,” but to those who are “disobedient” He is a “stone of stumbling, and a rock of offense.”

1 Peter 4:14 KJV – “If ye be reproached for the name of Christ, happy are ye; for the spirit of glory and of God resteth upon you: on their part He is evil spoken of, but on your part He is glorified.”

Williams instance that the problem is “spiritual” in nature, is actually backed up by God’s Word, which explained that “we wrestle not against flesh and blood, but against principalities, against powers, against the rulers of the darkness of this world, against spiritual wickedness in high places” (Ephesians 6:12).

Furthermore, we are told in Scripture that the increasing hostility toward believers would be a key characteristic of the time prior to Jesus Return. 2 Timothy 3 describes a time in which “men of corrupt minds” will “resist the truth” and be “reprobate concerning the faith” (2 Timothy 3:8-9). This point is also underscored later in the chapter when it states that in that time “all that will live godly in Christ Jesus shall suffer persecution” (2 Timothy 3:12).