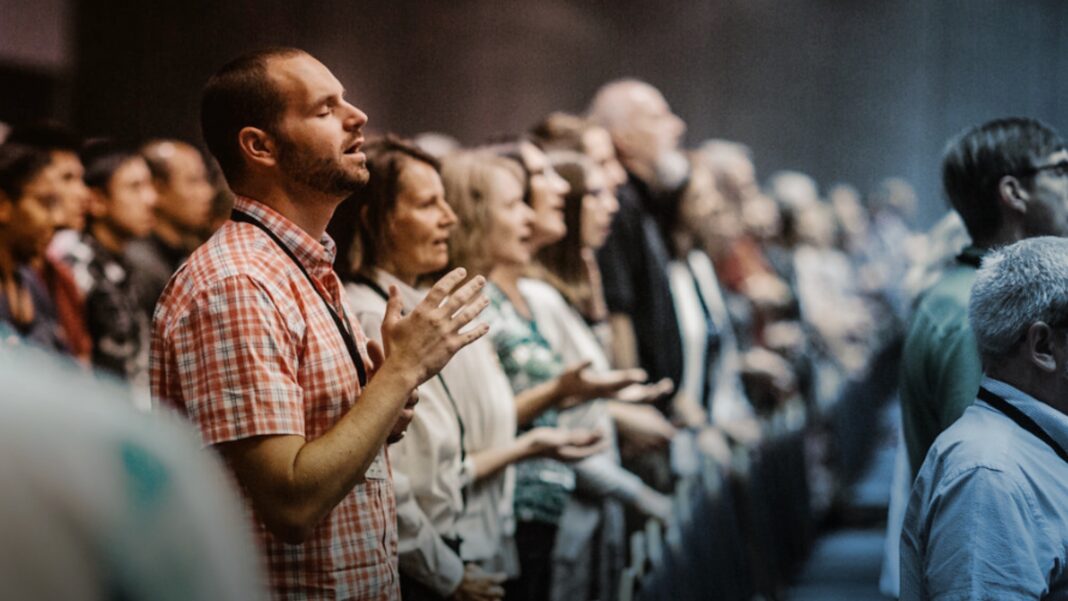 Coates’ attorney, James Kitchen, said the preacher is willing to remain behind bars in order to do the “right thing,” according to CTV News.

In mid-December, Alberta Health Services inspector Janine Hanrahan issued an order against GraceLife, directly mandating the church to ensure all congregants, staff members, and leaders are wearing masks while on the property, to enforce social distancing of at least six feet between all persons, and to restrict occupancy of the facility to 15% or less of the building’s total operational capacity.

AHS then filed a court application in January to enforce the order through the courts. The application named Coates, granting the health agency the power to jail the pastor if he continued to hold worship services in violation of government edicts, according to the Justice Centre, which is representing the minister.

By the end of January, AHS issued yet another order to Coates, demanding he “immediately close” GraceLife “until such time as the premises comes into compliance” with government-sanctioned rules.

“The officers told Pastor Coates that he was under arrest and must agree to stop breaching the [Chief Medical Officer of Health] Orders,” the Center reported. “Pastor Coates explained to the officers that he could not do that because to do so would violate his conscience and prevent him from fulfilling his duty as a minister to lead his congregation in worship. The officers then left, without arresting him.”

Coates preached again this past Sunday.

Following this weekend’s services, RCMP officers notified Coates they would be arresting him Tuesday. The pastor turned himself in.

Kitchen described the orders in place in Alberta as “reminiscent of what one encounters in dystopian novels such as George Orwell’s ‘1984.’”

“The congregants of GraceLife refuse to accept the Alberta government’s dystopian ‘new normal,’” the attorney said. “Their first loyalty is to obey their God, not government. They are committed to gathering, as they always have, for in-person worship services. They will challenge this excessive and unlawful government oppression rather than turn their back on their beliefs. They also believe they are lawfully exercising their Charter-protected freedoms and that the government’s restrictions are not justifiable.”

“Governments never destroy civil liberties without pointing to some reason that sounds good, such as ‘safety’ or ‘equality,’” he added. “The very reason certain rights and freedoms are protected by the Charter is so that government cannot simply ignore those rights by merely asserting its actions are for a good cause.”

And in a public statement issued earlier this month, the pastoral staff at GraceLife condemned the ongoing restrictions, stating, in part: “We believe [people] should responsibly return to their lives. Churches should open, businesses should open, families and friends should come together around meals, and people should begin to exercise their civil liberties again.”

“Otherwise we may not get them back,” the statement continued. “In fact, some say we are on the cusp of reaching the point of no return. Protect the vulnerable, exercise reasonable precautions, but begin to live your lives again… Living life comes with risks. Every time we get behind the wheel of a car, we are assuming a degree of risk. We accept that risk due to the benefits of driving. Yes, though vastly overblown, there are associated risks with Covid, as there are with other infections. Human life, though precious, is fragile. As such, death looms over all of us. That is why we need a message of hope.”

Hebrews 10:25 KJV – “Not forsaking the assembling of ourselves together, as the manner of some is; but exhorting one another: and so much the more, as ye see the day approaching.”

On Feb. 16, Coates turned himself in to the Parkland RCMP and remains in custody.

“Following a bail hearing before a justice of the peace, Coates was to be released (Tuesday) on conditions,” the RCMP news release said. “He remained in custody overnight after refusing to agree to those conditions. This morning in Stony Plain provincial court he continued to refuse to agree with those conditions.”

Coates is scheduled to appear in court on Feb. 24.

GraceLife church said in its statement that many Albertans became afraid and were “convinced of the efficacy of government lockdowns for two reasons: misinformation and fearmongering.”

“The media has so pounded the COVID-19 drum since the ‘pandemic’ began, almost exclusively emphasizing caseload and deaths, that people are fearful. So fearful, in fact, they have been convinced that yielding up their civil liberties to the government is in their best interests.”

Coates said in his sermon on Feb. 14 that governments exist only as instruments of God and must follow God’s plan, which includes unfettered freedom of worship.

He said when governments fail to follow God’s plan, churches have a duty to challenge and push them back onto the proper path.

“We must call government to its God-ordained duty,” Coates told the congregation.