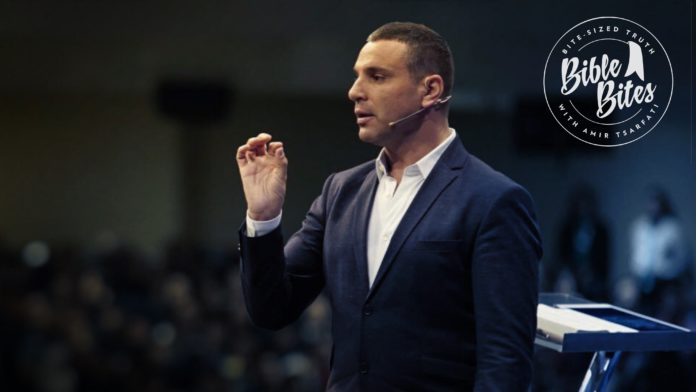 “You know that God is not Jewish. God is not Jewish, but Jesus is also not Christian. Did you know that He never preached from the New Testament even once? Jesus is not a follower of Jesus. A Christian is a follower of Jesus, so Jesus is not a Christian. If anything, He came to the world as a Jew. But what I’m trying to say is that in Romans 11 when Paul, who was sent to the Gentiles was telling them of all the great things that God is now doing to the Gentiles, he immediately saw, okay, now they think that Israel is no longer God’s people. Then he said in Romans 11:1, “Then I say then, has God cast away his people? Certainly not! For I also am an Israelite, of the seed of Abraham, of the tribe of Benjamin. God has not cast away His people whom He foreknew.” Period.

It has been well said; The church is the church, and Israel is Israel. Each group has specific promises and practices that were given to them by God. Yet they also share certain commonalties. They are both God’s chosen people, the Jews by birth, and Christians by faith. They both have a common Father, Savior, and Holy Spirit, and there is only one way either Jew or Gentile can enter into God’s kingdom, that being through the Holy One of Israel, Jesus of Nazareth, the Head of the church.

Deuteronomy 31:6 KJV – “Be strong and of a good courage, fear not, nor be afraid of them: for the Lord thy God, he it is that doth go with thee; he will not fail thee, nor forsake thee.”

Hebrews 13:5-6 KJV – “Let your conversation be without covetousness; and be content with such things as ye have: for he hath said, I will never leave thee, nor forsake thee. So that we may boldly say, The Lord is my helper, and I will not fear what man shall do unto me.”

The Lord told Israel He would never leave nor forsake them, and He gave the church the same promise. That tells us that while Israel and the Church are distinct from one another that when the Bible records a truth that is dependent upon God’s faithfulness and unchanging nature, it is true for His chosen people by birth and His chosen people by faith.

Romans 11:11-12 KJV – “I say then, Have they stumbled that they should fall? God forbid: but rather through their fall salvation is come unto the Gentiles, for to provoke them to jealousy. Now if the fall of them be the riches of the world, and the diminishing of them the riches of the Gentiles; how much more their fulness?”

Some say that the church has replaced Israel, and Israel has no part in God’s redemptive plan. If that were so, then many Old Testament prophecies to Israel are going remain unfulfilled. If that is so, why would the Lord have made them?

Yes, the church is to provoke Israel to jealousy, but it is also true that Israel should promote confidence in the church because God has shown through Israel that He is faithful to His promises!

Ezekiel 11:16-20 KJV – “Therefore say, Thus saith the Lord God; Although I have cast them far off among the heathen, and although I have scattered them among the countries, yet will I be to them as a little sanctuary in the countries where they shall come. Therefore say, Thus saith the Lord God; I will even gather you from the people, and assemble you out of the countries where ye have been scattered, and I will give you the land of Israel. And they shall come thither, and they shall take away all the detestable things thereof and all the abominations thereof from thence. And I will give them one heart, and I will put a new spirit within you; and I will take the stony heart out of their flesh, and will give them an heart of flesh: That they may walk in my statutes, and keep mine ordinances, and do them: and they shall be my people, and I will be their God.

Romans 11:1-5 KJV – “I say then, Hath God cast away his people? God forbid. For I also am an Israelite, of the seed of Abraham, of the tribe of Benjamin. God hath not cast away his people which he foreknew. Wot ye not what the scripture saith of Elias? how he maketh intercession to God against Israel saying, Lord, they have killed thy prophets, and digged down thine altars; and I am left alone, and they seek my life. But what saith the answer of God unto him? I have reserved to myself seven thousand men, who have not bowed the knee to the image of Baal. Even so then at this present time also there is a remnant according to the election of grace.”

The prophet Ezekiel and the Apostle Paul remind us that God has not cast off His people Israel and that should build a spirit of hope and perseverance in the church. God is going to rapture His church, and they will escape His divine wrath, and when the King of Kings returns as the Lion of Judah with the church, the Jews will look upon the One who was wounded for their transgressions and bruised for their iniquities and mourn the tragic decision of their ancestors to reject Jesus as their long-awaited Messiah.

Romans 11:15-18 KJV – “For if the casting away of them be the reconciling of the world, what shall the receiving of them be, but life from the dead? For if the firstfruit be holy, the lump is also holy: and if the root be holy, so are the branches. And if some of the branches be broken off, and thou, being a wild olive tree, wert grafted in among them, and with them partakest of the root and fatness of the olive tree; Boast not against the branches. But if thou boast, thou bearest not the root, but the root thee.”

Yes, Israel is Israel, and the Church is the Church. They are distinct from one another yet share one thing in common that is the most important thing of all. They share a common Savior. If the church has been grafted into the root, Israel, and God is done with the Jews, then what is the church grafted into? You can’t graft and living branch into a dead root.

The Lord has not cast away His people the Jews nor will He cast away His predominantly Gentile church. If He told Israel He would never leave them or forsake them, and we see them now back in the land, then the church can have the same confidence that He will be faithful to them. 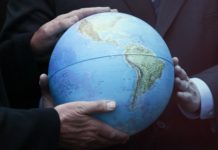 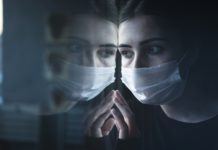 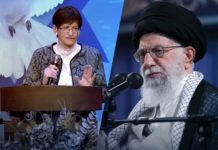 Amir Tsarfati Bible Bite: Do You Believe With All Your Heart...

Amir Tsarfati - May 5, 2020
People are hungry for answers today in the midst of this pandemic, and we have the answer they need the most, that Jesus Christ is the Son of God.

Amir Tsarfati – Special Update: The Coronavirus in the Middle East,...

Amir Tsarfati – Bible Bite: God Has Not Forgotten His People

Amir Tsarfati – Bible Bite: He Who Promised is Faithful