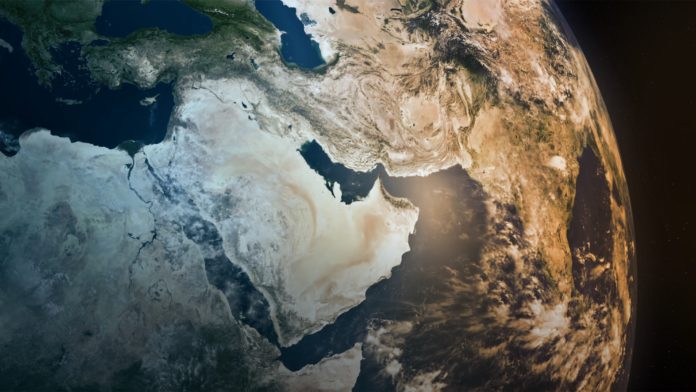 Since the signing of the Abraham Accords between Israel and two Arab states, many speculated Saudi Arabia might soon follow suit, but there are other factors now at play.

Just this past week, a Saudi Prince unexpectedly blasted Israel during a security conference in Bahrain, during a session ironically titled, “New Security Partnerships in The Middle East.”

“They profess that they want to be friends with Saudi Arabia. And yet all Israeli governments are the last of the Western colonizing parts of the Middle East. From the time of the Balfour Declaration, they have forcibly evicted the inhabitants of Palestine after the 1948 war,” said Prince Turki al-Faisal, Former Head of Saudi Intelligence.

“I would like to express my regret on the comments of the Saudi representative, the foreign minister, I don’t believe that they reflect the spirit and the changes taking place in the Middle East,” said Ashkenazi.

Dore Gold, a former UN ambassador and president of the Jerusalem Center for Public Affairs, attended the conference and witnessed the prince’s accusations.

“I think he was being used by the highest authorities in Saudi Arabia to put some distance between us and them,” he added.

In 2003, Gold wrote ‘Hatred’s Kingdom‘ about Saudi Arabia’s support for terrorism, including an ideology that inspired the 9-11 attacks on the US.  During the height of the Second Intifadah, when Hamas and other suicide bombers were blowing up Israeli buses and cafes in the heart of Israeli cities, Saudi Arabia supplied up to 70 percent of the Hamas budget. But from 2004, they withdrew that support.  After that Iran started funding Hamas.

Gold challenged Prince Turki al-Faisal, who berated him for his book.

Following the public exchange, Gold said he approached the prince who asked if Gold still believed what he wrote in the book.  Gold said he reminded him that the Intifadah (Palestinian uprising) was still in progress.

“Several Saudi spokesmen started going on American television saying that it was Israel because of its attitude toward the Palestinians that created the conditions that led to 9-11,” Gold explained to the prince. “That led me to write my book, ‘Hatred’s Kingdom,” which has nothing to do with the Palestinian issue. It has to do with this kind of deep, visceral hatred of the West and of Israel, that’s prevalent in Saudi Arabia.”

Gold said the attitude of other Gulf attendees toward Israelis appeared very warm except for the prince. Gold believes Saudi Arabia could still come around and make peace with Israel.

“I think like in all of Saudi history…ultimately their security interests will be paramount,” he explained.

Israel, Saudi Arabia, and the Gulf States who recently joined the Abraham Accords all have a common enemy – Iran.

“I think it’s the Iranian factor, which gave birth to the Israeli-Arab peace process as we know it today,” said Gold.

“They are the most important ones for the region, for Israel, and they understand that once they will normalize the relations with Israel, we will see much more stability in the region. And it will be a major force to block the hostility coming from Iran,” Danon told CBN News.

Gold pointed to Washington as being the major part of this puzzle and what happens next with a potential Biden administration.

“If they hear from Washington, ‘We like the Abraham Accords. We want more treaties between Israel and its neighbors.’ Great!” he explained.

Gold said that while the Trump administration has improved the connection between Saudi Arabia and Israel which led to the opening of its airspace to Israeli planes, it could all change if a Biden administration were to take a different approach.

“If on the other hand, they don’t acknowledge that, they say, ‘You want to improve the Middle East environment, give the Palestinians more money and make the Palestinians the center of everything,’” said Gold. “That will not move us very far along.”

Some have seen a larger peace deal in making in the Mideast region for several years.

In 2018, while addressing The Jerusalem Post Diplomatic Conference, Dr. Mike Evans, the founder of the Friends of Zion Heritage Center, spoke about peace in the Middle East and predicted as many as six Arab countries would make peace with Israel.

Referring to Israel Prime Minister Benjamin Netanyahu’s legacy, Evans said, “I believe it very well maybe peace with five to six Sunni Gulf states. And I’m not saying that in theory. Because I’m talking to these leaders and I’m hearing things that are absolutely astonishing.”

The world’s eyes may be on Saudi Arabia because they seem like the next likely nation to join a stream of Muslim countries normalizing ties with the Jewish state, but Christians familiar with Bible Prophecy are watching for a different reason.

In the book of Ezekiel, chapters 38 and 39, the Bible speaks of a future war that will take place in-which Russia, Iran, Turkey, and other nations, will attempt to ascend on the nation of Israel from the north. The war, which ultimately ends in God’s intervention (Ezekiel 38:18-23), is extremely detailed in the circumstances Israel will be in during this time.

We are told Israel prior to the attack would “dwell safely” (Ezekiel 38:14), which in itself is interesting. But we are also told that “Sheba and Dedan” (modern-day Saudi Arabia) would protest the attack on Israel (Ezekiel 38:13).

This is the reason those following Bible Prophecy are watching for an agreement between the Saudis and Israelis; it would be farther setting the stage for this already developing Ezekiel war to be fulfilled.

Many of the Arab nations who recently have signed normalization agreements with Israel have cited the aggression of turkey and Iran as apart of their reasons for establishing a relationship with Israel.

So as we watch the middle east and the alliances that are forming, it is astonishing to understand how the Bible foretold the earth of these developments thousands of years beforehand!

Jesus tells us what the purpose of Biblical Prophecy is in John, saying:

God tells us what will happen so that through the setting up and fulfillment of these events, people can witness that God is who He says He is, and His Word (the Bible) is living, active, and more up-to-date than today’s newspaper.

The other purpose of Prophecy is also to provide hope to believers in Christ, specifically the nearness of the “Blessed Hope,” the Rapture of the Church from the earth before the seven-year Tribulation: