Blue and White leader Benny Gantz officially received the mandate to form a government from President Reuven Rivlin on Monday afternoon at the President’s Residence, receiving four weeks to build a coalition.

It was the second time Gantz received the mandate. He failed to form a government after the September election.

Rivlin said he was giving the mandate to Gantz, because he received 61 recommendations to form the government, compared to 58 for Prime Minister Benjamin Netanyahu. Rivlin urged Gantz to form as wide a government as possible as soon as possible. He added that a temporary government might be needed at first.

In accepting the mandate, Gantz vowed that within a few days, he would form a “wide, patriotic” government that would “represent all citizens of Israel and defend the rights of residents of Judea and Samaria, Arab citizens and residents of the periphery and the Center of the country.”

Legally, 61 MKs have to vote for the government at first, even if it ends up being a minority government with less than 61 MKs.

In a reference to the coronavirus, Gantz said he was reaching out his elbow to party heads to join his government, including Netanyahu.

“The time has come for party heads, especially Netanyahu, to agree to unity,” he said. “It is time to set aside our swords and unite our tribes and defeat hatred.”

Gantz said the government he would form would “heal our society of the plagues of the coronavirus and of divisiveness and hate.” He said Israel has overcome challenges before by joining forces.

The vacant posts he said he would fill fast included police chief, state prosecutor and a public relations team for the country.

Gantz began building a coalition shortly after receiving the mandate from Rivlin.

Just after leaving the President’s Residence, Gantz called Yisrael Beytenu chairman Avigdor Lieberman and Labor-Meretz chairman Amir Peretz and told them that he intends to form as broad a government as possible to meet the significant challenges currently facing the State of Israel. Both Liberman and Peretz agreed to meet him soon.

But when Gantz called Yamina’s chairman, Defense Minister Naftali Bennett and invited him to meet, Bennett turned him down. He instead on Gantz to join a government led by Prime Minister Benjamin Netanyahu.”I will not met you until your party disassociates itself from the support of the Joint List, which backs terrorists,” Bennett said he told Gantz.

Shas and United Torah Judaism also decided not to meet with Gantz. But Gantz told UTJ leader Yaakov Litzman, who is health minister, that he would be happy to help his efforts against the coronavirus. 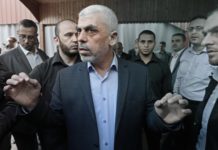 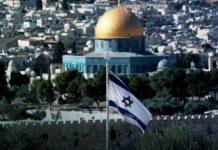 Jerusalem Post - April 8, 2020
The West should learn from China’s actions throughout this pandemic. CCP can’t be trusted to allow honest reporting, tell the truth even during an emergency