Some inmates in Los Angeles County jails are being released and far fewer bookings are occurring amid growing concerns about the coronavirus pandemic.

As reported by the Los Angeles Times, the Los Angeles County Sheriff’s Department revealed that it’s taking decisive measures in an attempt to “combat coronavirus,” including releasing over 600 inmates from its jails and slashing the number of arrests officers usually make.

“Sheriff Alex Villanueva said deputies and police officers across the county have been directed to cite and release people whenever possible, instead of arresting them, and to seek medical clearance before booking anyone who shows symptoms,” the Times reports. “Countywide, he said, arrests have dropped from a daily average of 300 to 60, while the jail population was reduced by more than 600 inmates.”

“Our population within our jail is a vulnerable population just by virtue of who they are and where they’re located,” Villanueva told the press Monday. “So we’re protecting that population from potential exposure.”

L.A. County Sheriff’s Department is not the only office in California to take drastic action. As The Daily Wire reported Monday, the San Francisco Public Defender’s Office filed motions last week “seeking the immediate release of all inmates being held pretrial in county jails who are considered more susceptible to catching coronavirus disease 2019 (COVID-19).”

“We are taking action to protect older adults and those with compromised immune systems who are extremely vulnerable right now,” said S.F. Public Defender Mano Raju. “People who are incarcerated in jail are already exposed to an unsafe environment. The cramped and unsanitary conditions in jail put the older or immunocompromised population at a much greater risk of contracting and spreading coronavirus.”

In its report on the release of inmates in Los Angeles County, the L.A. Times also notes that on Wednesday the state of California announced the suspension of visitations to state prisons.

The LA County sheriff’s actions come amid increased calls to release inmates from civil rights advocates across the country, among them the Legal Aid Society, which is joining with public defenders to push for inmate release and for a moratorium on all arrests.

“A coronavirus outbreak in our overcrowded, poorly maintained jails and prison facilities would be devastating, swift, and deadly,” NYC Defenders said in a statement promoted by the Legal Aid Society last week.

“We’re calling for an immediate moratorium on NYPD arrests,” the Legal Aid Society tweeted. “We are in the midst of a pandemic and our last priority should be to cycle New Yorkers through our broken criminal justice system, separated from their families, communities, and quality services.”

Along with the criminal justice system implementing significant measures in California, major cities are imposing severe restrictions on residents’ and businesses activities. The most drastic of the coronavirus “shut down” responses thus far has been implemented in San Francisco.

In a health order issued Monday, San Francisco’s Department of Public Health ordered that all individuals living in the county, excluding the homeless population, must “shelter at their place of residence except that they my leave to provide or receive certain essential services or engage in certain essential activities and work for essential business and government services.” All businesses and government agencies must “cease non-essential operations at physical locations in the county,” the order mandates, and all “non-essential gatherings of any number of individuals” and “non-essential travel” are prohibited. “Violation of or failure to comply with this Order is a misdemeanor punishable by fine, imprisonment, or both,” San Francisco’s health order states. 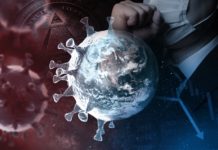 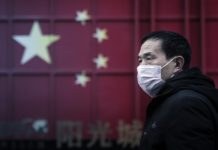 Daily Wire - April 8, 2020
The West should learn from China’s actions throughout this pandemic. CCP can’t be trusted to allow honest reporting, tell the truth even during an emergency